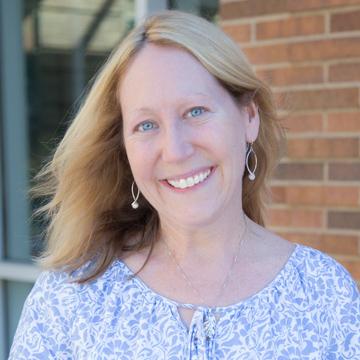 Suzanne Leonard is Professor of English, Director of the Graduate Program in Gender and Cultural Studies, and co-coordinator of the college's interdisciplinary minor in Cinema and Media Studies. She is also the chair of the board of Console-ing Passions, an organization devoted to the study of Television, Video, Audio, New Media, and Feminism.

Leonard is the author of Wife, Inc.: The Business of Marriage in the Twenty-First Century (2018); Fatal Attraction (2009); and co-editor of Fifty Hollywood Directors (2014) and Imagining We in the Age of I: Romance and Social Bonding in Contemporary Culture (2021). She is currently co-editing a special issue for the journal Television and New Media focused on Hidden Feminist Histories in American Television.

Professor Leonard is most interested in the intersections between feminism and popular culture, and her published work has examined topics including: public feminisms, postfeminism and reality television, white feminism, The Real Housewives franchise, chic noirs, the treatment of the adultery plot in feminist novels; Lily Tomlin; political spouses and The Good Wife; celebrity culture; and working women in American film and television.

Professor Leonard has been featured in The Boston Globe, The Guardian, USA Today, and a variety of media outlets, including The Los Angeles Review of Books, NPR and the podcast Public Intellectual with Jessa Crispin.

Imagining We in the Age of I: Romance and Social Bonding in Contemporary Culture
https://www.routledge.com/Imagining-We-in-the-Age-of-I-Romance-and-Social-Bonding-in/Harrod-Leonard-Negra/p/book/9780367483272

This recently edited collection examines how global shifts in gender and sexuality, work and mobility patterns and especially technology have destabilized conceptions of intimacy and coupledom. The book examines contemporary formulations of romance in a variety of cultural contexts and with attention to the impact of COVID-19.

"Fealty, Fortune and the Wives of #MeToo," LA Review of Books, January 25, 2019.
https://lareviewofbooks.org/article/fealty-fortune-and-the-wives-of-metoo/

"Weddings, Anti-Heroines, and Postfeminist Cynicism." The Wedding Spectacle Across Contemporary Media and Culture: Something Old, Something New. London: Routledge, 2019. 53-65.