Interim Dean of the Undergraduate Program 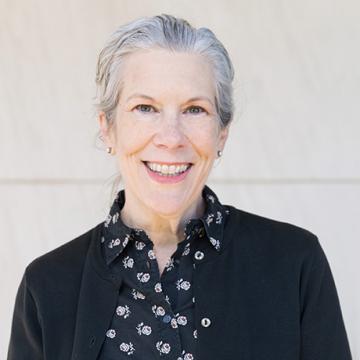 I've been at Simmons since 2001, teaching in the departments of English and Women's & Gender Studies, in the undergraduate Honors Program, and in the graduate programs in English, Children's Literature, and Gender and Cultural Studies. I was awarded the Dean's Award for Excellence in Teaching in 2006. I served as Director of the Graduate Program in Gender and Cultural Studies from 2003-2007, as interim Chair of the Department of Women's & Gender Studies in 2010-11, and as Chair of the Department of English from 2011-2014. Before coming to Simmons, I was Head Preceptor in the Expository Writing Program at Harvard and Lecturer and Mentor to new graduate student teachers in the English Department at Yale.

My current book project, “Novel Constructions,” brings together the fields of Victorian literature and children’s literature with the history of reading practices in a study of children’s literature’s power to shape its readers as intellectuals, healthy bodies, and (albeit in a normative fashion) sexually well-adjusted subjects.  It argues that nineteenth-century novels for young girls promote the literary through the topos of fictional reading and the preponderance of reading lists; that novel reading is represented in Victorian children’s literature as an activity that could combat the kind of morbid self-consciousness of self so feared during the period; and that a specific category of twentieth-century children’s novels (those that represent adolescence by inserting their juvenile heroes and heroines into the plots of the Brontës’ fictions) privileges and celebrates the therapeutic value of novel-reading, reclaiming the nineteenth-century’s formulation of fiction’s power to help the reader better understand her own emotions and aid in the formation of a healthy sense of sexual identity.  “Novel Constructions” thus considers how children’s literature forms ideas of physical, intellectual and psychosexual health, combining an argument about the somatic effects of reading with an argument about the value of participatory reading for adolescent girls and the several ways in which children’s literature participates in canon formation.