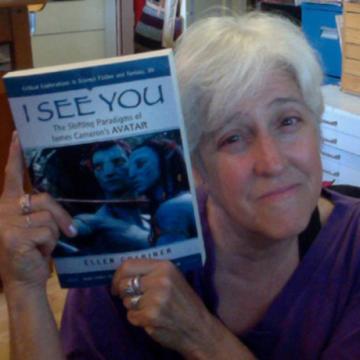 I am currently the Chair of the Communications Department at Simmons University, in Boston, Massachusetts. I was hired seventeen years ago as an instructor quite simply because of my immersion in what were then the newest media in the communications field: the world wide web, digital imaging, and digital video editing. I was hired with the hope that I would help to bring the department into the 21st century, both in terms of preparing the communications students for the world that awaited them, but also in terms of helping them to explore, articulate and question the tremendous changes in media that surrounded them.

Fast-forward seventeen years and we are all still reeling from the accelerating speed at which new media has evolved. There is not a corner in the developed world today that has remained untouched by this gargantuan moving target of change. As a department that understands communication as a discipline that not only utilizes media but also critiques it, at Simmons we have embraced an approach that emphasizes media convergence: we employ new media to observe, explore, question, track, and understand new media. At the same time, we encourage our students to inhabit a meta-space in which they can approach the study of new media through philosophical, theoretical, political, social, technological, and aesthetic lenses.

My work as an educator, mentor, and developer of curricular initiatives includes co-design and co-direction of Simmons’ interdisciplinary minor in Cinema and Media Studies, my pioneering work in the first learning communities as part of the Simmons Honors program, my development of courses in cinema and media theory, storytelling, digital cultures and communications technologies, and my design and leadership of an intensive January course at Simmons called the World Challenge.

In my research I have become fascinated with interstitial spaces: specifically focusing upon the boundaries of art/philosophy as well as those borderlands of nature/technology, hand/machine. I have homed in on the ways in which these discursive spaces could be revealed in the unexpected: in comics, in television series, in film and animation. My book, I See You: The Shifting Paradigms of James Cameron's Avatar, published by McFarland in 2012, examines the film through these lenses. In 2015, my essay, "The Holy Moment: Waking Life and Linklater's Sublime Dream Time" was published in Film Quarterly as part of a special issue on Richard Linklater's films.

My creative work explores the ways in which I could imbricate the natural in the technological, melding drawings, photographs, print processes and software applications in the service of creating an image that spoke to and with digital and traditional media. My recent creative work begun during a sabbatical year in 2014, engages in the process and pleasures of drawing. Guided by the philosophical musings of Jean-Luc Nancy and his writings in The Pleasure in Drawing, I used my time on sabbatical to draw, photograph, and combine these images and their descendants in a series of digital image transfers to stone paper, wood and aluminum. I completed an artist’s book based on the cormorants of Guilin China and am working on another about the hills of Berkeley, CA. I was also able to experiment considerably with drawing and animation on my iPad, producing an animation that incorporates Nancy’s philosophical musings and my drawings. This work is available on my Tumblr site.