Gwen Ifill '77 '93HD herself was a model of intellectual curiosity and truth seeking. Those traits are what inspired this annual event aimed at bringing together industry experts for an eye-opening and dynamic discussion on the important issues of our time.

The 2021 Ifill Forum theme is “Truth, Resilience, and Democracy.” The honoree is Robin Roberts, the versatile co-anchor of the nation’s top-rated morning news program Good Morning America. Robin Roberts has more than 30 years of experience as a producer, reporter, and radio and television anchor. The panel also features veteran journalist and author Kevin Merida, who currently serves as the executive editor of the Los Angeles Times. The panel will be moderated by Simmons University Associate Professor Traci Griffith and will include a Community Q&A. Michele Norris, one of the most trusted names in journalism and a contributing columnist at the Washington Post, will present the Gwen Ifill Next Generation Award to Robin Roberts.

The event is free and open to the public. Check back for more information in the days ahead, including additional participants and registration details. 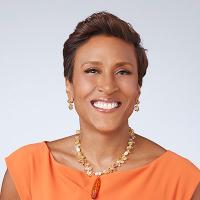 Roberts has been honored with the Walter Cronkite Award for Excellence in Journalism, was inducted into the Broadcasting & Cable Hall of Fame as well as the Sports Broadcasting Hall of Fame, and named one of Glamour’s Women of the Year. She was voted the “Most Trusted Person on Television” by a Reader’s Digest poll in 2013. 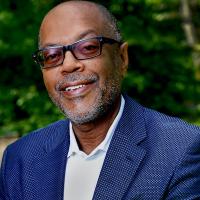 Kevin Merida is the executive editor of the Los Angeles Times. He took the helm of the largest newsgathering organization in the West in June 2021 and oversees the newsroom as well as Times Community News and Los Angeles Times en Español.

Previously, Merida was a senior vice president at ESPN and editor in chief of the Undefeated, a multimedia platform that explores the intersections of race, sports and culture. Merida arrived at ESPN in November 2015 and launched the Undefeated in May 2016. Under his leadership, the Undefeated gradually expanded across Walt Disney Co. with a content portfolio that ranged from award-winning journalism to documentaries and television specials, from albums and music videos to live events, digital talk shows and two bestselling children’s books.

During his tenure at ESPN, he also oversaw the investigative/news enterprise unit, the television shows “E:60” and “Outside the Lines,” and chaired ESPN’s editorial board.

Before joining ESPN, Merida spent 22 years at the Washington Post as a congressional correspondent, national political reporter, longform feature writer, magazine columnist and senior editor in several roles. He led the national staff for four years during the Obama presidency and was managing editor overseeing news and features coverage for nearly three years. During his tenure as managing editor, he helped lead the Post to four Pulitzer Prizes, and the newspaper embarked on a digital transformation that made it one of the fastest growing news organizations in the country.

Prior to the Post, from 1983 to 1993, Merida worked at the Dallas Morning News as a special projects reporter, local political writer, national correspondent based in Washington, White House correspondent covering the George H.W. Bush presidency and assistant managing editor in charge of foreign and national news coverage. In 1990, Merida was part of a Morning News team that was a Pulitzer Prize finalist in explanatory journalism for a special report on the world’s “hidden wars.” Merida began his career at the Milwaukee Journal, where he worked from 1979 to 1983 as a general assignment reporter.

Merida is co-author of “Supreme Discomfort: The Divided Soul of Clarence Thomas” and the bestselling “Obama: The Historic Campaign in Photographs.” He is a contributor to and editor of the anthology, “Being a Black Man: At the Corner of Progress and Peril,” based on an award-winning Washington Post series he led.

Merida’s honors include being named Journalist of the Year in 2000 by the National Assn. of Black Journalists, receiving the Missouri Honors Medal for Distinguished Service in Journalism in 2018 and receiving NABJ’s Chuck Stone Lifetime Achievement Award in 2020.

Merida is a 1979 graduate of Boston University and of the Summer Program for Minority Journalists at UC Berkeley.

He lives in Los Angeles with his wife, award-winning writer and former Washington Post columnist Donna Britt. They have three sons: actor Darrell Britt-Gibson and screenwriter Justin Britt-Gibson, who also live in L.A., and podcast host and producer Skye Merida. 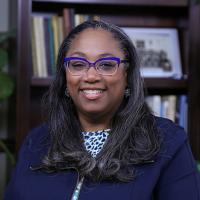 Simmons University Associate Professor Traci Griffith is a former correspondent and national editor for the Associated Press and now a media ethicist, community-engaged scholar, certified DEI expert, and student mentor. Her scholarship and teaching focuses on media law and ethics in a digital age. She will also coordinate the Communications internship program. Professor Griffith comes to Simmons after serving nineteen years on the faculty at St. Michael’s College in Colchester, Vermont. Professor Griffith holds a JD from Notre Dame, M.S. in Journalism from Florida A&M, and BA in Political Science from DePaul. Her most recent work includes a well-received 4-part series with New England News Collaborative on racism in New England. She serves on the executive committee of the national board of the ACLU. 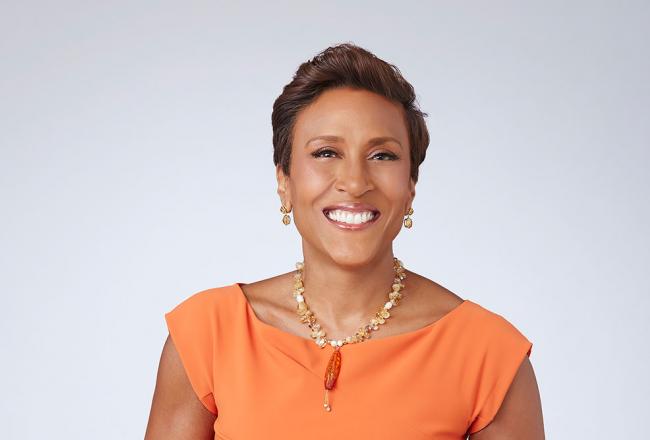 The Gwen Ifill Next Generation Award honors Gwen Ifill's commitment to professional excellence, community and mentoring. It recognizes a professional who exhibits the promise to carry on the work of fostering civic dialogue and an informed, diverse citizenry. 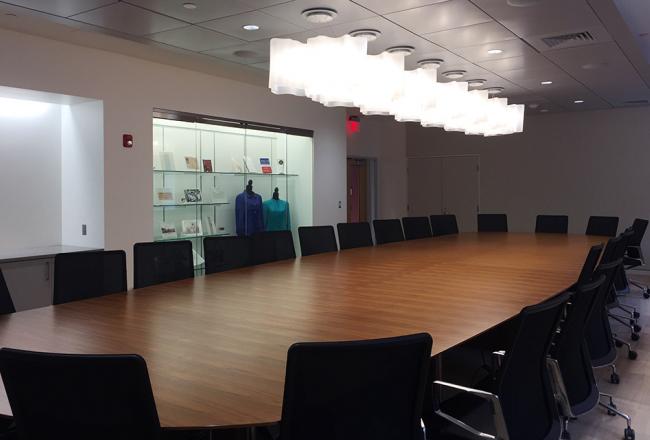 When Simmons University named one of its colleges in honor of Gwen Ifill, the John S. and James L. Knight Foundation bestowed a $250,000 investment upon the Gwen Ifill College of Media, Arts, and Humanities. Support from Knight Foundation will honor Ifill’s legacy, including her commitment to journalistic integrity and civic engagement, as well as her esteemed reputation among journalists, civic leaders and the public at-large.