Simmons University is pleased to announce the following leadership opportunities. Learn more about these specific positions and what makes Simmons Simmons.

Located in the heart of Boston, Simmons University is a private university, home to a respected women’s undergraduate program, as well as coeducational graduate programs in nursing and health sciences, liberal arts, business, communications, social work, public health, and library and information science.

Simmons has established a model of higher education that only today other colleges and universities are beginning to adapt: the combination of education for leadership in high-demand professional fields with the intellectual foundation of the liberal arts. The result is a Simmons graduate prepared not only to work, but to lead in professional, civic, and personal life — a vision of empowerment that Simmons calls preparation for life’s work.

Since its founding in 1899, Simmons’ raison d’etre has been to expand opportunities for women, forging fields that advance equity and justice locally and globally. The vision of Founder John Simmons, “to establish a female college best calculated to enable the scholars to acquire an independent livelihood” is reflected in Simmons’s singular accomplishments:

From College to University: A Decade of Growth

While Simmons has grown and adapted to the higher education landscape over its many years, it is the story of the last 10 years that is critical to understanding the Simmons of today — and of tomorrow. In the summer of 2018, Simmons College became Simmons University — a transition that was many years in planning, and reflected the institution’s growth over the previous decade. But when President Helen G. Drinan took the helm at Simmons College in 2008, growth and university status were not yet on the horizon. That year, the world economy entered a crisis of a scale not seen since the Great Depression. At Simmons, declining revenues and a lack of investment in the school’s faculty, physical plant, and student experience resulted in a challenging time.

What a difference a decade makes. Today, the Simmons story is one of growth, innovation, and a solid foundation — fueled by on-the-ground and online enrollment, renewed investments in its campus and technology, and a diversity of revenue streams unmatched in similar-sized institutions.

As with many turnaround stories, there is no one factor that ignited Simmons’s rise into a dynamic, growing university. It was the confluence of strong leadership, committed faculty, alumnae/i and students, and a willingness to implement new ways of doing business that paved the road to institutional success.

As is the case with many institutions in crisis, Simmons leadership made difficult decisions, cutting costs and right-sizing the institution. While those decisions were complicated and tough for the Simmons community, in the years since, the college, and now university, has met self-imposed goals for net-tuition revenue growth, revenue surplus budgets, and fundraising, as well as appropriate debt ratios and cash reserves.

At the same time, Simmons leadership recognized that the school could not fulfill its mission by cutting its way to a healthy balance sheet, so in cooperation with the faculty and board of trustees, they began work on a series of initiatives that would ultimately reshape the school and position it for the long term:

The 2U Partnership for Online Programs

Strategy 2022: A Solid Foundation, a Future of Possibility

Where it all Happens: A University in a Global City

No doubt the city of Boston plays a significant role in many of Simmons’s academic and professional offerings. Indeed, the University draws on many of the city’s cultural, historical, economic, scientific, and educational resources to offer an unparalleled student experience.

The campus is located in the Fenway neighborhood, within walking distance of the Longwood Medical Area, where many Simmons students complete internships and clinical rotations at hospitals and medical research facilities. Simmons is also a short ride to Cambridge’s Kendall Square, a locus of technology innovation and successful startups, as well as the burgeoning Seaport and Financial Districts, where law, venture capital, and investment firms offer opportunities to students with interests in those fields.

The University is also linked with several nearby historical and cultural institutions. The Boston Public Library, Massachusetts Historical Society, and John F. Kennedy Library offer unmatched opportunities for research and professional experience for undergraduate and graduate students alike, while institutions such as the Isabella Stewart Gardner Museum and Museum of Fine Arts host internships for Simmons students, providing rich material for experiential learning.

As with Simmons, Boston has grown considerably in the past few decades. Though it once might have been viewed as a small, even provincial city, Boston now is a booming and global metropolis, with almost five million people in the metro area. With that growth has come a welcomed diversity in racial, ethnic, religious, sexual orientation, and national origin. And, as home to more than a quarter million college students, Boston is a center of higher education and a community of educators, administrators, and student service professionals unlike anywhere else in the world.

For more than 100 years, Simmons has put the needs of our students first. 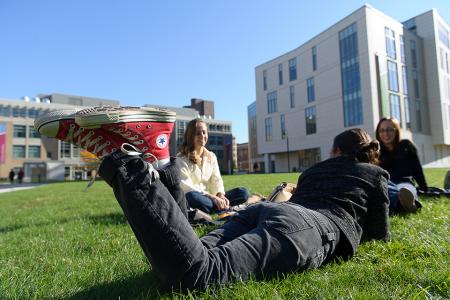 Simmons is home to 1,700 undergraduate women and 2,400 graduate men and women. 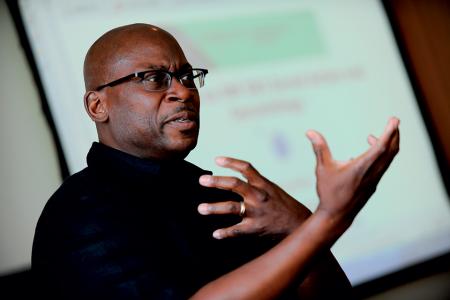 Simmons faculty members are leaders in their fields and mentors in the classroom. 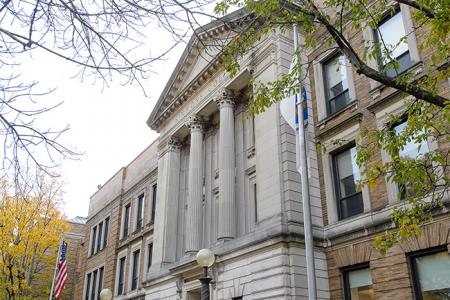 At Simmons, innovating and adapting to the needs of the modern world is key to our history, and our future.