Professor Bailey Named One of Boston's Most Influential People of Color

Professor Gary Bailey was named in the 2018 list of Boston's 100 Most Influential People of Color!

Gary Bailey, DHL, MSW, ACSW, Professor of Practice at Simmons School of Social Work, was named one of Boston’s Most Influential People of Color.

"Gary Bailey has been an invaluable member of our community since his arrival in 1999," said President Helen Drinan. "His academic work is stellar, but beyond that, his deep commitment to improving the lives of others have served as a model for his students and his colleagues to aspire to. He is most deserving of this prestigious recognition."

Created by Colette Phillips Communications, Inc. (CPC) and Get Konnected! in partnership with the Greater Boston Chamber of Commerce and The Boston Foundation, this year marked the 10th anniversary of the GK100 list of Greater Boston’s 100 Most Influential People of Color.

"We do not view the GK100 as a popularity list, but more of an opportunity to showcase the depth and breadth of culturally diverse talent in Boston who are contributing to the economic and social fabric of the city across various industries – including academia, business, health care, innovation and technology, and philanthropy. The GK100 should help us move beyond the phrase 'we can’t find qualified candidates of color,'" said Colette Phillips, CEO of Colette Phillips Communications and Founder of Get Konnected!

In addition to his teaching in the Simmons School of Social Work, Bailey holds a secondary appointment as the Special Assistant to the Dean for Inter-professional Education in the School of Nursing. Among his many on-campus activities, Professor Bailey directs the Urban Leadership Certificate in Clinical Social Work; and co-ordinates the Dynamics of Racism and Oppression sequence. He chairs the School of Social Work Awards Committee; is Chair of the Simmons College Black Administrators, Faculty and Staff Council (BAFAS); is a member of the Simmons Diversity and Inclusion Advisory Council, co-Chaired the Simmons College Initiative on Human Rights and Social Justice, and was a member of the Simmons Faculty Senate.

Among his many accolades include being named Social Worker of the Year by both the National and Massachusetts NASW in 1998. He was made a Social Work Pioneer by NASW in 2005, the youngest person to have received the distinction

Read more about Gary Bailey and Get Konnected. 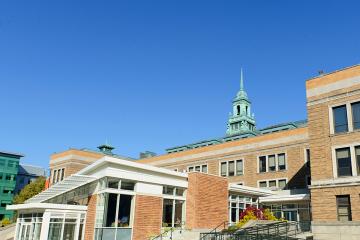 Online training helps health professionals meet state law Chapter 260 requirements and prepares them for work with survivors and others impacted by domestic and sexual violence. 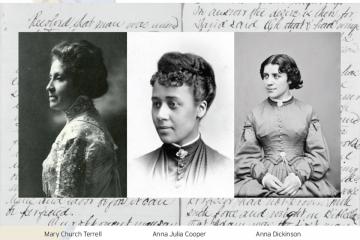 Simmons University and Wentworth Institute of Technology will highlight the contributions of women suffragists and host an event where participants can review and transcribe handwritten suffragist materials. 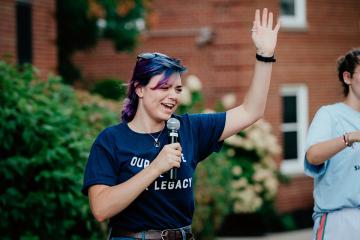 Isabelle Indelicato '21 shares her thoughts on Simmons Radio's nomination for Best Streaming-Only Station and how they're celebrating World Radio Day.