I felt empowered to be selected as a keynote speaker... My feeling is difficult to articulate, but when working on a PhD level project with a year-long timeline, it’s easy to self-doubt. Being selected as a Keynote Speaker reinforces my integrity as a student, researcher, and individual.

Simmons University provided a place of empowerment within a city full of opportunity. The small school instills comfort while encouraging students to explore beyond physical and societal barriers. While I reminisce on my time at Simmons, I cherish the close relationships I’ve made. I am delighted with the personal development and emotional awareness I have acquired during my time here and will take these relationships and values as I integrate into the field of science as a young woman.

Simmons also provided me the opportunity to partake in extracurricular activities and facilitate my involvement in community engagement through tutoring Boston youth, mentoring, and bridging both the Simmons and Boston communities through serving as the Chemistry and Physics Liaison President for two years.

What inspired you to study biochemistry and physics?

I was initially accepted into the Simmons nursing program but soon realized that the profession wasn’t for me, and I opted out of it prior to September of my first year. Being faced with the question of what I want to do, I briefly explored the joint major of chemistry management, hoping to fuse my interests of chemistry and business, but again realized that it wouldn't work for me. Not long after, I declared a double major in biochemistry and physics, and am only one of two students currently pursuing this degree.

Studying biochemistry and physics allows me to gain knowledge in three fields — providing versatility as an entrepreneur and life-long learner. I am able to satisfy my thirst for chemistry, use biology in its application, practice analytical thinking through physics, and explore the health field from an unconventional perspective. Although it took trial and error to declare my major, I’m pleased with where I am and where I'm heading.

I share this process not to exhibit my indecision, but to demonstrate that it is okay to be uncertain and have several interests. It is okay to take your time. My former self would never believe this, but you will end up where you’re meant to be.

Tell us about your project: "Engineering a Bi-functional Heterostructure for Enhanced and Selective CO2 Adsorption/Reduction Under Visible Light Irradiation."

My project was developed to accomplish the overall objective of forming a bi-functional heterostructure for enhanced and selective photo-conversion of carbon dioxide. Environmental remediation technologies and alternative energy sources have been in development for a while, but inefficiencies remain a major obstacle for large-scale application. This will help reduce the rising levels of carbon dioxide emissions.

The aims of this project are ambitious and time-consuming, so a majority of my efforts have been spent on the synthesis and characterization of the individual heterostructure components: a semiconductor photocatalyst, titanium dioxide (TiO2), and a carbon dioxide selective adsorptive metal-organic framework, MIL-101(Cr). Through the exploration of various synthesis methods and refining experimental parameters, material activity is optimized. Upon the coupling of these efficient and selective components, it is hypothesized that the bi-functional system will be superior to current monofunctional alternatives for the capture and conversion of carbon dioxide.

This project boils down to one simple thing: this is our last chance to collectively combat the overuse of fossil fuels and rising carbon dioxide emissions before it becomes catastrophic.

By extensively reviewing literature, I was able to select heterostructure components that would be favorable to the objective of my project. Both literature and synthesis demonstrated modification methods to tune the products toward carbon dioxide selection and increased activity under visible light.

Titanium dioxide, the second component, is a well-studied semiconductor whose activity can be enhanced through the formation of mesoporous hollow spheres. As a result, different methods of hollow sphere synthesis were explored during the completion of this project. Hollow spheres also allow for the manipulation of particle size, which will facilitate the coupling of the two components into the resultant heterostructure.

I obtained insight into what it’s like to build a feasible and relevant study from scratch. This project provided me the opportunity for personal and academic development. I improved skills integral to conducting accredited research, including technical writing, formal presentation/poster conception, effective articulation of findings, problem solving, swift learning, and time management. Additionally, conducting research during COVID-19 presented obstacles that required patience and perseverance, which are skills that are transferable to both my personal and professional life.

If there was one thing you'd like us to learn from your project, what would that be?

This project boils down to one simple thing: this is our last chance to collectively combat the overuse of fossil fuels and rising carbon dioxide emissions before it becomes catastrophic.

How did it feel to be accepted as a Keynote Speaker for the Undergraduate Symposium?

The Undergraduate Symposium is an invaluable opportunity to share my findings on a project I strongly believe in with my fellow peers and faculty. I felt empowered to be selected as a Keynote Speaker. Not only had I been working tirelessly on this project, but I had communicated the objective and impact in a way that was received by the selection committee. My feeling is difficult to articulate, but when working on a PhD level project with a year-long timeline, it’s easy to self-doubt. Being selected as a Keynote Speaker reinforces my integrity as a student, researcher, and individual.

As I flip through my many Simmons memories, one moment in particular comes to mind. During my time within the Department of Chemistry and Physics, we have formed a very strong cohort of students, faculty, and staff. Prior to COVID-19, a beloved physics professor would hold “Astronomy Night” despite Simmons not having an astronomy program. A few star enthusiasts and I would set up telescopes and binoculars to observe constellations.

On one of these nights, I captured a clear image of Orion’s Belt which is part of the larger constellation Orion. Orion was described in the Odyssey as a giant hunter, armed with an unbreakable club of solid bronze. Months later, the professor responsible for Astronomy Night printed this image as a gift and symbol to carry with me as I spearhead and overcome obstacles. These evenings under the stars, alongside my Simmons family, are moments I will cherish as an alum. 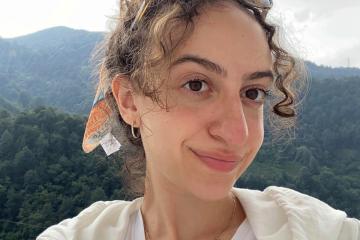 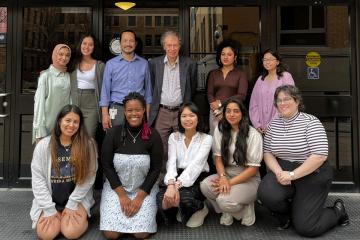 "I like to connect physics to healthcare, to give my students context," says Associate Professor of Physics Phillip Jason White. "I’ve worked in health care for over 20 years — in radiology, transplantation, cardiology, neurology — and I use all... 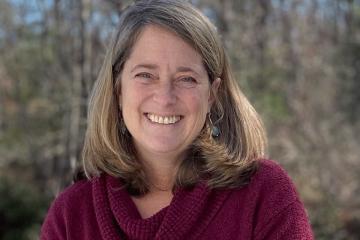 What inspired you to research early childhood mental health? My background is in clinical psychology, and before I came to Simmons I was a practicing clinician, working with young children and their families. I was struck by how many of...