The Gwen Ifill Next Generation Award honors alumna Gwen Ifill's commitment to professional excellence, community and mentoring. It recognizes a professional who exhibits the promise to carry on the work of fostering civic dialogue and an informed, diverse citizenry. 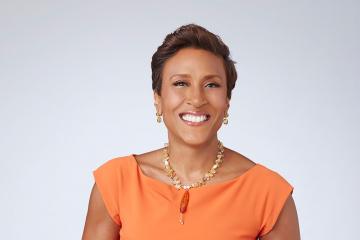 Roberts has been honored with the Walter Cronkite Award for Excellence in Journalism, was inducted into the Broadcasting &amp; Cable Hall of Fame as well as the Sports Broadcasting Hall of Fame, and named one of Glamour’s Women of the Year. She was voted the “Most Trusted Person on Television” by a Reader’s Digest poll in 2013.

The 2020 award recipient was Ava DuVernay, filmmaker and founder of ARRAY.

Winner of BAFTA, Peabody and Emmy Awards, Academy Award nominee Ava DuVernay’s directorial work includes the Oscar-winning civil rights drama SELMA, the Oscar-nominated social justice documentary 13TH and the Disney children’s adventure A WRINKLE IN TIME, which made her the highest-grossing Black woman director in American box office history. In 2019, she created, wrote, produced and directed the Emmy Award-winning limited series WHEN THEY SEE US. She is currently producing the fifth season of her acclaimed series, QUEEN SUGAR. Winner of the 2012 Sundance Best Director Prize for her second independent film MIDDLE OF NOWHERE, DuVernay amplifies the work of Black artists, people of color and women of all kinds through ARRAY, her multi-platform arts and social impact collective dedicated to narrative change.

The 2019 award recipient was Yamiche Alcindor, White House Correspondent for PBS NewsHour and a mentee of Gwen’s. 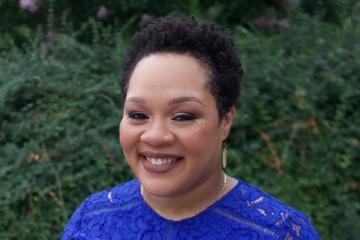 Yamiche Alcindor is the White House correspondent for PBS NewsHour and a political contributor for NBC News and MSNBC, often appearing on shows, including Morning Joe, Andrea Mitchell Reports, Hardball with Chris Matthews, and Meet the Press with Chuck Todd.

Previously, she was a national reporter for The New York Times, covering politics and social issues, and also a reporter with USA Today. Alcindor has reported extensively on the intersection of race and politics. She’s covered the impact of President Donald Trump’s policies on working class people and immigrants, the presidential campaign of Senator Bernie Sanders, and the legacy of President Barack Obama, as well as how police killings affect communities and children.

She was named “Emerging Journalist of the Year” in 2013 by the National Association of Black Journalists. Alcindor earned a master's degree in broadcast news and documentary filmmaking from New York University and a bachelor's degree in English, government and African American studies from Georgetown University. A native of Miami, Fla., Alcindor is married to a fellow journalist and is the daughter of Haitian immigrants who met while attending Boston College.