The Spirits of Simmons: Ghost Hunting With Simmons Radio

Simmons Radio Music Director, Carly Dickler '21 has the inside scoop on the Simmons Radio's spookiest annual event: The Ghost Hunt.

The Simmons ghost hunt is a tradition organized by Simmons Radio, where we take students around the residential and academic campuses to search for ghosts and share personal paranormal experiences we've witnessed on campus.

The late Len Mailloux, professor and founder of Simmons Radio, was an avid believer in the supernatural and shared this with his students. He used to take groups of students ghost hunting in the tunnel connecting North and South halls and around academic campus trying to capture photos with "orbs" in them (which indicate that a ghost is in frame). We're not entirely sure how long the tradition has been around, but the general manager of Simmons Radio, Maura Coughlin, is the last of us on the E-Board who knew Len personally, so we wanted to ensure that his memory and the tradition live on after she graduates.

We hunt ghosts using "spirit box" apps, which scan through AM and FM channels extremely quickly, giving spirits the opportunity to manipulate the frequencies to create words and communicate with the user. The app we use is the one Len swore by, as well as his tried-and-true technique of taking photographs with flash to discover "orbs", or paranormal presences.

The most popular Simmons lore I've heard is that the ghost of John Simmons roams the Main College Building. Multiple students and a couple of night guards have reported a person in 18th-century clothing walking down the halls late at night and disappearing after it turns a corner. People say it's John Simmons coming to check up on the school and the students.

I never lived in Morse hall, but I have heard a lot of stories about people who live on the fourth-floor hearing footsteps above them, despite being on the top floor.

The least popular, but most interesting to me is the underground tunnel connecting North and South halls. This underground tunnel is rumored to be how Simmons students snuck in their partners after visiting hours decades ago. Apparently someone died while the tunnel was being constructed, so older students encountered a lot of spirits while it was still accessible to them.

I lived on the fourth floor of Mesick hall my first-year, and very frequently my roommate and I would hear a loud sharp knock on our door, followed by loud footsteps but no doors opening or closing. When we stuck our heads out, no one would be in the hallway except for our neighbors across the hall who claimed to have heard the same thing.

Our spirit box app had a lot of spooky activity — when in South Hall, we took a picture and found an orb, and then had the door to a crawl space fly open in the same minute that my app flashed the word "observe."

We also went to knock loudly at what we believed was the entrance to the alleged tunnel connecting North and South Halls, and someone's app read "gentle."

Most notably, a group visited the Linda K. Paresky Conference Center and took pictures, which, when we were reviewing later, appear to have an apparition of a person sitting at a table (photo in the gallery below). In the same group that went out exploring the Main College Building, a student was scratched on the back of her neck and on her arm by something as they were sitting in silence.

Highlights from the ghost hunt 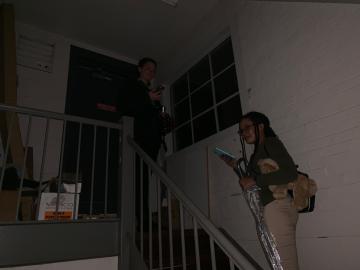 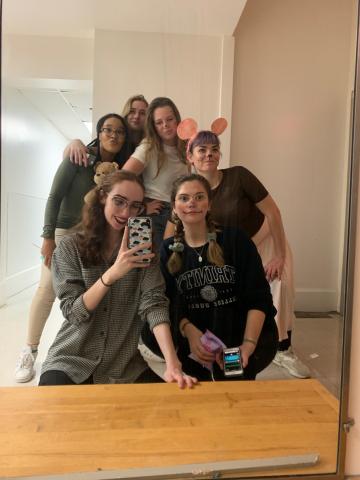 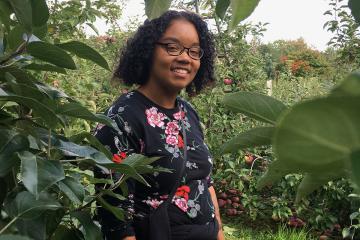 Isis Rivera '20 on the Impact of the Boston Scholarship

Isis Rivera '20 tells us how the Boston Scholarship made attending Simmons a possibility. 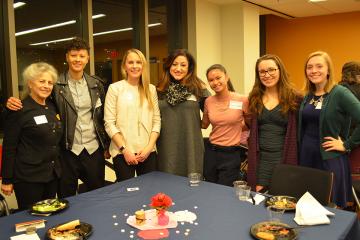 For their capstone project, Azeb Freitas ’17, Alex Mireles ’17, and Trang Nguyen ’18 worked with Simmons Community Engagement to create an alternative spring break program in Boston with a local service and social justice focus.