Can you tell us a bit about your book? 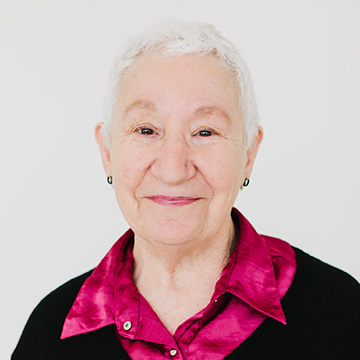 Decolonizing the Caribbean Record, An Archives Reader, was initially envisioned as a text for the Masters of Archival Science (MAS) degree at the University of the West Indies (UWI) in Jamaica. In 2014, I was part of a UNESCO-funded team designing MAS curriculum in the UWI Department of Library Studies (I am also a graduate of the University of the West Indies with a Master of Philosophy in Caribbean Literature).

The team focused on designing a curriculum that was sensitive to the cultural heritage of the Caribbean as well as to the archival concerns of small former colonial islands in tropical climates. One huge issue was the lack of relevant readings that spoke to these concerns. So three of us decided to create a text. My co-editors, Stanley Griffin and John Aarons, both archivists and educators at UWI, and I have been working on this book for the past four years. The book, over 800 pages, includes 40 original essays, the majority by Caribbean authors— not only archivists, but historians, anthropologists, museum curators and humanists. The essays cover a wide range of topics including reparations, music, oral tradition, performance, tropical preservation, genealogy, monuments, archival history, as well as essays from the Caribbean diaspora. Although it was initially designed to support the MAS program, we feel that this Reader is widely applicable to postcolonial communities generally, and should be of interest to scholars and students of the Caribbean in addition to archivists.

How is this book related to your teaching and research?

My core research has always focused on cultural and community expressions, specifically the dynamic relationships between communities and the records they create, whatever form those records may take — oral and performative as well as textual and digital. For me, this book is an articulation of that dynamic relationship. In my teaching I try to convey to my students the validity of the wide variety of records beyond traditional notions, and the importance of records and archives as tools of social justice and cultural expression.

How did your professional background lead you to this topic of archives in the Caribbean?

Before coming to Simmons, my entire professional life as a librarian and archivist was spent in the U.S. Virgin Islands, a territory of the United States and a former colony of Denmark. Complete engagement in the place where I lived was a critical element of my work in the public libraries and later as Territorial Director. I continue to be deeply involved both through research as well as personally with the Caribbean.

Beyond the Caribbean, how vital is decolonization in archives today?

I would say that decolonization is essentially all about social justice. Decolonization in all aspects of life is critical for former colonial countries but is often difficult to achieve. Records and archives are vital tools in helping communities and nations understand their own history, coalesce around their own cultural heritage and construct a common identity. Colonialism was (is still) worldwide and all former colonies face these challenges.

What advice do you have for future archivists?

The archival world is changing rapidly, not only because of technology, but also through changing social perspectives. The formerly accepted master narratives are being challenged and new ways of thinking about archives and records are emerging. Archivists need to be flexible, willing to continually learn new things, but also be willing to question and challenge traditional theory and practice and not be afraid to experiment.

Reflecting on Women's History: Ashleigh Coren '14MS on her Work at the National Portrait Gallery

Ashleigh Coren '14MS is the Women's History Content and Interpretation Curator at the National Portrait Gallery. We spoke with her about her work and her passion for women's history.

From Business to Medical School: Shreya Arumugam ’12 on the Value of Perseverance

Shreya tells us about her journey of rediscovering her passion for medicine and how her Simmons community helped her get there.