Simmons University is proud to share that Deputy Provost Catherine Paden has been selected to serve as the next Provost and Vice President for Academic Affairs of Franklin Pierce University in Rindge, New Hampshire as of July 1, 2021.

Catherine will lead the innovation of strategic institutional initiatives at Franklin Pierce in program development and teaching and learning. In addition, Catherine’s new workplace is right in her neighborhood as she has lived in New Hampshire since 2018.

Catherine joined Simmons in 2006 as an Assistant Professor in the Department of Political Science and International Relations. She earned tenure in 2012 and became the chair of the department that same year until 2017. Catherine was named Dean of the Undergraduate Program in 2016 and continues in that role today. In 2017, Catherine was named Associate Provost and three years later, was promoted to Deputy Provost.

Over the course of her 14 years at Simmons, Catherine’s accomplishments have been numerous. Perhaps most importantly, Catherine led the implementation of our general education curriculum, the Simmons PLAN, which has transformed the Simmons experience for our students. She revamped and redesigned Simmons’s undergraduate advising model and process, and she oversaw the creation and launch of Simmons’ Center for Student Success — a $3 million investment that has greatly improved undergraduate and graduate student access to academic services, including the Center for Global Engagement, Accessibility Services, Undergraduate Advising, Career Education, and the Writing and Tutoring Centers.

In addition, Catherine has been the lead in collaborating with Simmons’ technology partner, 2U, working with faculty on their courses, including the launch of a fully online undergraduate curriculum for fall 2020 and spring 2021. In partnership with Student Affairs, Catherine helped to overhaul Simmons’ conduct system, creating behavioral and academic conduct processes. Finally, Catherine supported and facilitated Simmons’s academic redesign into a university with four newly-configured colleges.

Catherine has had a far-reaching impact on Simmons. She is a passionate and dedicated colleague, whose expertise and insights have played a major role in shaping the “Simmons experience” for students. Catherine will be at Simmons through the rest of the academic year and the University is currently determining next steps for the Provost Office. 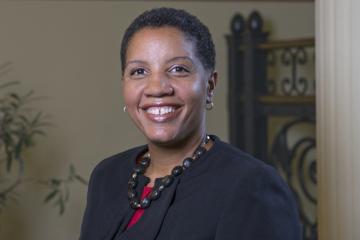 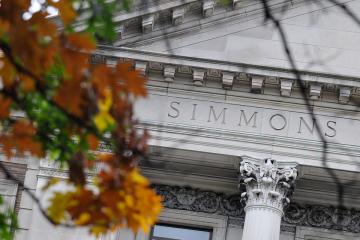 Dr. Gary Bailey, Assistant Dean for Community Engagement and Social Justice at the College of Social Science, Policy, and Practice, Professor of Practice of Social Work, and Director of the Urban Leadership Program, was named co-chair of the new President’s Advisory Council on Diversity, Equity, and Inclusion.