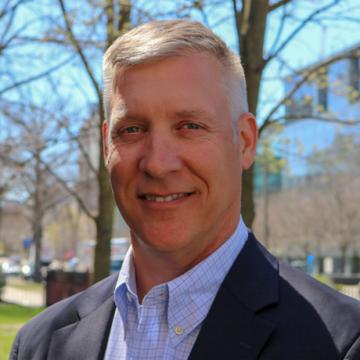 Dr. Turner received his Ph.D. in mathematical psychology (developing mathematical models of psychological phenomena with an emphasis, in his case, on cognitive and developmental issues) from Penn State in 1997. He began his scholarly work at Simmons that year by designing and implementing methods for evaluating curricular changes, including evaluating the effectiveness of large-scale curricular changes at an Engineering College. More recently, his research has focused on study techniques used to improve memory retention in college students, especially those students who have difficulty making the transition from high school to college. Dr. Turner teaches courses in both the Psychology department (mostly Introduction to Psychological Science and Cognitive Science) as well as the Department of Mathematics (Statistics), and won the Simmons College Award for Teaching Excellence in 2002. In addition, Dr. Turner has been a statistical advisor both formally and informally for twenty years, including as statistical and methodological reviewer for several professional journals. He has served as chair of the Psychology department and most of the major committees at Simmons, including Promotion & Tenure and CAS Faculty Council, and was the inaugural President of the Faculty Senate in 2005. Dr. Turner is married with three children and spends his most of his spare time coaching his sons’ baseball teams.