To provide transformative learning that links passion with lifelong purpose.

For more than 100 years, Simmons has put the needs of our students first. Through an education that combines intellectual leadership with professional preparation, we help students lead meaningful lives and build successful careers for the 21st Century.

With today's dynamic community of more than 4,500 students, Simmons University continues to move forward. Our commitment to the success of our students guides our vision and is clear in our values.

Simmons will become a beacon of leadership in the world of higher education; a resource to our nation and world; known for our expertise in fields which improve the human condition; sought out for the findings of our highly reputable research and seen as the global expert in educating women for their own empowerment and for leadership.

Rooted in Tradition, Thriving on Change

Decades before women in America gained the right to vote, Boston businessman John Simmons had a revolutionary idea — that women should be able to earn independent livelihoods and lead meaningful lives. It was this same spirit of inclusion and empowerment that produced the first African-American Simmons graduate in 1914, and made Simmons one of the only private colleges that did not impose admission quotas on Jewish students during the first half of the 1900s.

For more than 100 years, a Simmons education has integrated professional preparation, intellectual exploration, and community orientation, because all three approaches are necessary for success. At Simmons, we value the many dimensions of identity — including race, class, ethnicity, and sexual identity — and reflect that in our curriculum, affiliated organizations, and community partnerships.

Simmons consistently ranks among the nation’s top schools in its category in U.S.News & World Report, the Princeton Review and Forbes. That's no surprise. Simmons educates people who share a passion for learning, a commitment to community, and the determination to make a difference. 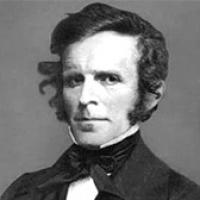 John Simmons, 1796—1870, left his boyhood home in Little Compton, Rhode Island, in 1814 to become a tailor in Boston. In 1818, he opened a clothing store and by 1844 was the owner of the largest wholesale clothing business in New England, having revolutionized the menswear industry by offering ready-made suits in standard sizes.

With the proceeds of his successful clothing business, Simmons was able to make large investments in prime Boston real estate. When he died in 1870, his will provided for his surviving family—two daughters and two granddaughters—as well as for the founding of an educational institution:

"It is my will to found and endow an institution to be called Simmons Female College, for the purpose of teaching medicine, music, drawing, designing, telegraphy, and other branches of art, science, and industry best calculated to enable the scholars to acquire an independent livelihood."

The founding of a college that would reflect Simmons's innovative vision was delayed due to the destruction of most of his properties in the Great Boston Fire of 1872. Rebuilding took many years; it was not until 1899 that sufficient funding was available to establish the college that Simmons had envisioned. On May 24, 1899, the Massachusetts legislature granted the charter to incorporate Simmons Female College, and the newly selected Corporation members began meeting to transform the broad outline of John Simmons's will into reality. 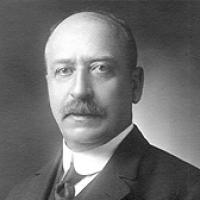 Henry Lefavour, 1860-1946, received a B.A. and Ph.D in physics from Williams College. He became dean of the faculty at Williams in 1887 and in 1890 was promoted to professor of physics. In 1901, the Corporation of the recently founded, but yet unopened, Simmons Female College asked Lefavour to conduct a study and write a report on a program of organization that would translate John Simmons's vision into reality. Lefavour presented his report to the Corporation on September 26, 1901. As part of his presentation, he stated:

"I should advise then at the outset a technical college of high standard, receiving girls who have already a foundation of general knowledge and graduating them well-equipped with both a broad intellectual or artistic foundation and a specialized technical training that will open to them some avenue of remunerative labor."

The Corporation accepted Lefavour's report, and elected him president of the College on December 6, 1901. In October 1902, the first class was admitted to the College. During Lefavour's tenure, Simmons College acquired the land for and built the Main College Building and the first residence halls. The College grew from 146 students and 28 faculty to 1,577 students and 147 faculty during his presidency. Lefavour remained an active member of the Corporation until his death in 1946. 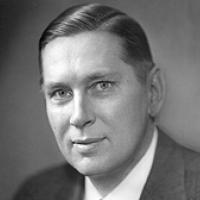 Bancroft Beatley, 1894-1992, received a B.A., M.S., and Ph.D from Harvard College, and served in the U.S. military during World War I. He joined the faculty of the Harvard Graduate School of Education in 1920 and remained there until 1933, when he was named president of Simmons College at the age of 38.

Beatley's presidency at Simmons College is often seen as a time of stability—a period when the direction and ideas introduced by President Lefavour, Simmons' first president, were brought to maturity. The Class of 1937 wrote that Beatley "brought to Simmons youth, vigor, and enthusiasm coupled with progressive educational views particularly well-adapted to a progressive institution such as Simmons." Beatley expressed his pride in Simmons's accomplishments during World War II, and his belief in its mission with these words:

"During the war, Simmons organized several programs for training war workers, and many of our grads served as nurses, dietitians, map makers, librarians, scientists, and social workers in the various Women's Services.

My faith in the validity of the Simmons's programs of general and professional education has been strengthened.... More G.I. women have elected [Simmons] as the place in which to complete their education than have sought any other independent women's college." 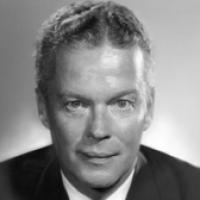 William Edgar Park, 1909-1987, received a B.A. from Williams College in 1930, and a B.D. from Union Theological Seminary in 1933. After working as a pastor, Park became president of the Northfield Schools in 1940. He was named the third president of Simmons College in 1955.

By the early 1960s, educational and professional opportunities for women had greatly expanded in the United States. In the years 1963-1965, Park led the College through a self study that evaluated the College's programs and sought to reinterpret John Simmons's vision to meet the needs of women students in the late 20th century. The self study resulted in a reorganization of the College, the granting of a Bachelor of Arts degree in addition to the Bachelor of Science, and increased cooperation between Simmons and other area colleges.

In his 1955 inaugural address, Park emphasized the historical strengths of Simmons College:

"Simmons was among the first of the women's colleges to try to overcome this inferior feeling [that society had not offered women the opportunity for work as it had men] by recognizing the diversities of gifts of women, and by devising an educational program to give them adequate training for future occupations.... Simmons has always remained true to the original idea of training the diversities of women with the same spirit of the liberal arts college." 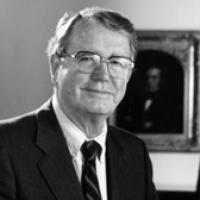 During his presidency, Holmes maintained Simmons College as an undergraduate program for women only, while expanding the College's coeducational graduate programs. He enhanced educational opportunities for all women by supporting the growth of the Dix Scholars program for adult women. Under Holmes, the mission of Simmons College remained constant:

"Simmons College prepares its students for meaningful and rewarding personal, professional, and community lives.... Our core undergraduate mission—to educate women—is accomplished by integrating the professions and the liberal arts and sciences.... The College's historical commitment to excellence in educating professionals extends to its graduate schools and programs, which are open to both men and women.... Throughout all of its programs, Simmons is committed to providing students from a diversity of ethnic, racial, and cultural backgrounds with the practical and intellectual means to use their skills and knowledge as scholars and future leaders in their professions and as citizens of an ever-changing world." 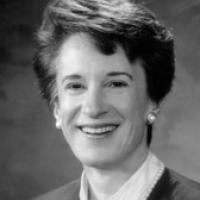 Jean A. Dowdall, born 1942, received a B.A in anthropology and a Ph.D. in sociology, both from Brown University. After a university career that culminated in seven years as vice president for academic affairs and dean of the college at Beaver College in Pennsylvania, Dowdall joined Simmons in 1993 as the first woman to serve as president of the College.

Dowdall's years at Simmons were marked by efforts to create a strategic plan that affirmed Simmons's commitment to lifelong learning, developing a comprehensive, integrated, and constantly renewed curriculum; and supporting a diverse, inclusive educational community. Dowdall successfully reached out to both alumni and the Boston community during her brief tenure. In her inaugural address in November 1993, Dowdall summarized Simmons's mission:

"We must challenge students to aspire to their highest levels of academic achievements, and empower them to seek professional success—as they define it—in whatever careers they choose. We must expand students' awareness of the cultural worlds that surround them but that can easily be rendered invisible by the dominance of Western culture. We must enrich students' lives through opportunities to experience the arts, and through opportunities to be of service to the community that surrounds us.... We must provide all students with a campus life that is so varied and energetic and diverse that it is an education in itself." 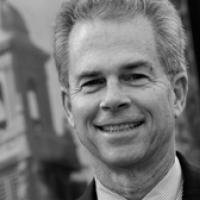 Daniel S. Cheever Jr., born 1942, received a B.A. in 1964, and a D.Ed. in 1974, both from Harvard University. He was the superintendent of two Massachusetts school districts before serving as president of Wheelock College 1983-1991. While president of the American Student Assistance Corporation, he was asked to become acting president of Simmons College in 1995. A year later, he was appointed the College's sixth president. Cheever and the College Corporation developed a "platform for action" to bring John Simmons's vision of women's education into the 21st century.

Cheever focused on modernizing governance and administration, restoring the College's financial health, renovating and expanding facilities, supporting diversity in staff, faculty, and student recruitment, and creating confidence in the College. Highlights of his tenure include a successful capital campaign, a joyous Centennial celebration, the construction of One Palace Road and a new library, and plans for a new School of Management building on the main campus. Increases in student enrollment and growth in minority recruitment illustrate Cheever's ability to carry forward John Simmons's vision. At the Centennial kickoff, Cheever spoke eloquently of the College's mission:

"The unique character of Simmons lies in its people, the undergraduate and graduate students who come to the College to find their voices as competent, powerful professionals; the committed faculty who teach and inspire them; the able staff who support them; and the 40,000 living alumni whose great and varied accomplishments speak so well of Simmons in the wider world." 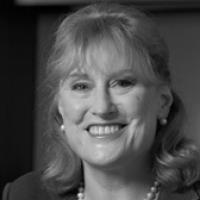 Susan C. Scrimshaw, born 1945, received a B.A. from Barnard College in Latin American Studies and Anthropology in 1967, and a Ph.D. from Columbia University in anthropology in 1974. After a faculty career at Columbia University and at the University of California, Los Angeles, Scrimshaw served as associate and acting dean at the UCLA School of Public Health. In 1994 she became dean of the School of Public Health at the University of Illinois at Chicago. Scrimshaw was named the seventh president of Simmons College and began her tenure on July 1, 2006.

Scrimshaw impressed the Simmons community with her commitment to women's issues in education, diversity, cross-cultural understanding, community service, and social justice: "When I see what Simmons is already doing, I think about concepts like transforming nations by empowering women, and transforming communities by building leaders."

In 2008, Scrimshaw stepped down from the Presidency to pursue significant work promoting public health on the international level and to serve as interim President at the Sages College.