This article first appeared in the Spring 2017 issue of Management Magazine and was written by Kaitlyn DiPietro.

Simmons has been known to produce generations of leaders, innovators, and thinkers. It is a bit of a rarity, however, for these generations to go through one family. The McConaghy family has had three generations pass through the halls of Simmons, each member adding to the community and our world in her own way. 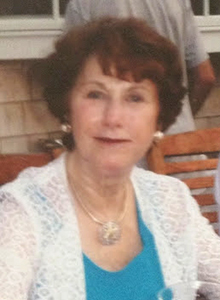 Adele McConaghy '92LS was asked to be the director of Boxford Libraries in 1987. In order to be successful in her role as director she felt it was important to expand her knowledge of library science. Therefore, she decided to go back to school to pursue a master's degree. She chose the Simmons library science program because of its strong reputation and extensive reference section. During her time at Simmons, she developed valuable skills that helped her build a powerful voice and presence in the library science community.

Throughout her 32-year career at Boxford and North Andover libraries, she was instrumental in securing thousands of dollars in grants and awards to improve library collections, educational programs, and technological offerings. She introduced automation and expanded access for patrons through inter-library loans, a program that earned her a $21,000 award from the Massachusetts regional library system in 1996.

For her service, Adele has the day of October 19th dedicated in her honor by the Commonwealth of Massachusetts. She has also been published in the Library Journal and The Friends of Boxford Library has created the Adele McConaghy Program Grant, collecting $8,000 to continue her work. Adele's desire to make an impact in her community is a trait that runs through the McConaghy family. 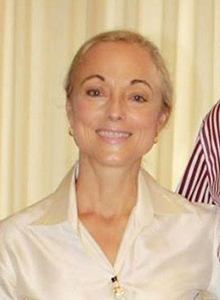 When Lori McConaghy '97SM, the daughter-in-law of Adele, was working at the Massachusetts Financial Services Company (MFS) she decide to pursue an MBA. Lori chose Simmons because of its solid reputation of training women to be future leaders. She liked that most of her classmates had already been in the workplace and brought a breadth of "real work" knowledge into the classroom. When Lori first started attending the MBA program she was pregnant with her first child, Alexandra. At the time of her graduation, Lori's proud family, including her mother-in-law Adele and young daughter Alexandra, were in attendance.

Lori's time at MFS spanned 10 years, culminating in a role as a manager in broker/dealer marketing, until she and her family moved overseas to Hong Kong and Singapore.

Always having a passion for philanthropy, she started volunteering for the nonprofit Caring for Cambodia (CFC) when she moved to Singapore. This charity was developed to enhance educational opportunities for children in Cambodia. Lori has been working with CFC in many different capacities since it's inception in 2003 and was instrumental in initiating the charity's Kids Helping Kids program. This program fosters a spirit of philanthropy and encourages students to help others less fortunate at the CFC-sponsored schools, by raising awareness, conducting donation campaigns, raising funds, and participating in service trips. In 2012, the Cambodian Minister of Education awarded Lori with the Golden Hand Award, the highest award given to a non-Cambodian, for her service in improving the education system in Cambodia.

In addition to Lori's passion for the kids in Cambodia she has a strong interest in health and fitness. Lori achieved one of her personal goals when she competed in her first international Olympic triathlon in Phuket, Thailand at the age of 40, placing second in her age group. Lori continues to challenge herself by participating every year in many athletic races around the world. Her enthusiasm for service, travel, and personal interests has inspired her daughter, Alexandra, a soon-to-be third-generation Simmons graduate. 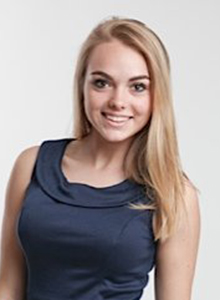 Alexandra McConaghy '17 grew up in Hong Kong and Singapore. When deciding on colleges, Alexandra explored international options, trying to discover the perfect fit for her college experience. With close family ties in the United States, and the legacy of her grandmother and mother who attended before her, she decided to pursue her education at Simmons in the School of Business program. With such powerful women influencers, she knew that Simmons was the perfect place to begin her dreams of one day making an impact like her family members.

Alexandra says that attending Simmons has allowed her to push boundaries and challenge herself to be a critical thinker, to network, and to drive herself to live up to her family's accomplishments. After completing her BSBA, with a major in business management and minor in marketing and entrepreneurship, Alexandra continues on as a member of the Simmons community working to complete her MBA as a member of the Class of 2019. She has also recently become a certified real estate agent for the state of Massachusetts, where she will be able to put her networking skills to work as she continues to complete her MBA.

While Alexandra has been on campus, she has made herself a known leader amongst SOM students, holding leadership positions in the Management Liaison, the Simmons Chapter of the American Advertising Federation, Simmons Chapter of the American Marketing Federation, and acting as a mentor figure to underclassmen. During her time in Boston, Alexandra worked in the marketing department of the successful startup VocoChat and became a member of the Network of Executive Women New England Chapter. At Alexandra's graduation, both her mother Lori and grandmother Adele were in attendance to watch her become the third-generation McConaghy family member to complete a Simmons education.

The McConaghy family continues to inspire and work tirelessly in their pursuits. Simmons is a community that inspires and creates leaders, and u

Azeb Freitas ’17 tells us about her position with Isaacson, Miller and the many important lessons she took with her after graduation.

Alexandra found her voice in the classroom thanks to her dedicated School of Business professors.