I learned a great deal about not just the research process and my findings, but also about Samoan culture and what it means to live in a subsistence community.

I was initially drawn to Simmons because the admissions team, students, and professors I spoke with showed me a kindness and passion that was missing from every other school I applied to.

I'm on the biology track of the environmental science major. However, I have studied a variety of topics during my time at Simmons, including global issues, and have even completed three minors in economics, biostatistics, and the performing arts.

How did you decide to study coral reefs in Samoa?

One of the main reasons I decided to go to Samoa was to learn more about the Polynesian heritage of my Hawaiian ancestors. I decided to study coral reefs because I'm concerned that we don't know enough information about the condition of reefs in small island developing states to mitigate the severe threats that reefs face today. Not only are they the most biodiverse ecosystem in the world, but they are also a place that has great cultural importance and should be protected. 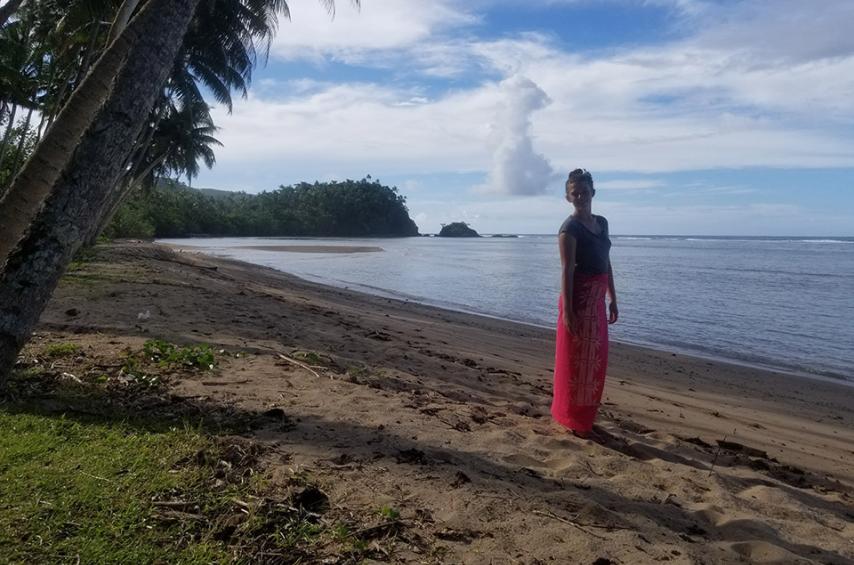 Tell us about your coral reef project.

Anyone who goes to Samoa can see that Samoans have a deep connection to their reefs, and I was interested in exploring the ways in which this connection could be graphed. I went to four sites in Samoa and conducted a very simple ecological reef assessment looking at the percentage of living coral, species richness of fish, parrotfish abundance, and the abundance of plastic on reefs. At every site, I asked one man and one woman "What does this reef mean to you?" in an effort to incorporate indigenous voices into my research.

My study was a pilot study more than anything else. I found several relationships indicating that human activity significantly impacted reef health that are statistically significant at lower confidence levels, which I recommend to be explored by larger teams of researchers who are not limited to one academic semester.

However, my most noteworthy correlation was actually statistically significant at the standard 5% level — in areas with more formal education, the data suggests that reefs are healthier. This might in part be due to the effectiveness of education programs in secondary schools ran by the Ministry of Natural Resources and Environment. Other factors that correlate with formal education may also have an impact, and some of these factors, like secondary education, are further discussed in my full paper. Overall, my findings answered my research question. The ways in which Samoans use and care for reefs does impact reef health, and reefs are important to Samoans for a variety of reasons.

Tell us about Samoan culture in relation to the reef.

I met a man who was a reef manager, and it was amazing to see how deeply he and his family cared for the reef. They worked together to manage threats posed by tourists, fishermen, and endangered species, as well as the economic potential of the reefs. He is personally offended by invasive Crown of Thorns sea stars, and believes they are "devils" in the reef that God gave him to protect.

Eighty percent of Samoans are subsistence producers, so maintaining natural resources (like reefs) is especially critical. Yet that story is not unique amongst the small island developing states. Specific to Samoa is a unique cultural heritage tied to the reef, such as the harvest of Palolo, a highly-prized delicacy. Samoa is also unique as the "most Christian" country on earth, which adds another level to the cultural heritage piece.

I learned a great deal about not just the research process and my findings, but also about Samoan culture and what it means to live in a subsistence community. I even learned a bit of the Polynesian history I was seeking!

How did it feel to be selected as a keynote speaker for the Undergraduate Symposium?

I'm extremely honored to be selected as a keynote speaker! I'm excited to bring awareness to the issues of the coral reefs in Samoa.

My favorite Simmons memory has been building lifetime friendships over the last four years with the most thoughtful and wonderful people. 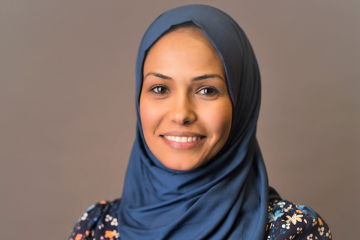 We caught up with Mariam Ismail, assistant professor of chemistry and physics! Learn more about her passion for chemistry and why she loves guiding undergraduate students. 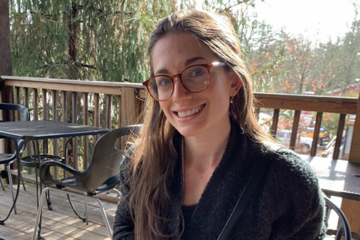 We caught up with Elena about her passion for nutrition and her focus areas of disordered eating and polycystic ovary syndrome.