I want to empower students in math and show them there is no such thing as "not being a math person."

I came to Simmons for so many reasons. I was looking for a college close to home that had less than 4,000 people and could support my dream to go into the field of mathematics. Simmons checked every single box for me. During an open house at Simmons, I got to meet so many current students that told me all about their experiences and how Simmons made them into confident leaders. All of these stories inspired me and who I could become.

Why did you decide to pursue your degree?

I’m majoring in mathematics, secondary education & special education 4+1 program with a minor in computer science. I have loved math ever since I could remember. Growing up I used to play “school” with my little sister and teach her multiplication and division, next year’s math for her. Math was never something I felt forced to do but rather something I could do for hours on end. I knew that I wanted to share my love and passion for math with people, which is why I decided to pursue a degree in both mathematics and education. My dream is to become a high school math teacher and then eventually a college math professor. I want to empower students in math and show them there is no such thing as "not being a math person."

Tell us about your trip to Rwanda.

This past summer I studied abroad in Rwanda with the purpose of supporting girls in STEM schools. I was at the Maranyundo Girls School working with girls in computer science, specifically raspberry pi’s (small computers) and LEGOs (to build robots to work with the raspberry pi’s). The Maranyundo Girls School has around 392 students in grades seven to twelve, but I primarily worked with a group of eighth-graders who are part of the maker space organization (computer science) at the school.

Every day I would meet with my group of eighth-graders after they got out of class with a lesson I had prepared regarding coding with the raspberry pi. By the end of my time at Maranyundo, the girls and I had completed educational projects on clap lights, motion sensor lights, LEGO robots, and even lights that “dance” to music. Our remaining projects at the school consisted of cleaning up the laptops and desktops of viruses and presenting a google suite application information session to faculty.

I learned so much as a future educator while studying abroad in Rwanda. When I wasn’t working on projects, I was observing in the math classrooms. Seeing different forms of teaching as a future educator is so important because then I can better serve diverse students with various ways of learning. I also loved the amount of support I saw students giving each other in the classroom. When a student would correctly answer a problem on the board, the teacher would say “flowers” and all of the students would make blossoming flowers with their hands. I would love to bring this type of support into my future classroom.

Tell us about Simmons Gymnastics.

I am one of the founding members of Simmons Gymnastics. Three of my classmates had the wonderful idea of having a gymnastics club on campus and I jumped in on the idea and wanted to become treasurer. I have been a gymnast since I was young but unfortunately had to retire from gymnastics in 2013 due to a back injury. Ever since retirement, I have tried endless ways to somehow get back to the sport I love. Simmons Gymnastics gave me that opportunity.

Gradually over time, I was able to return to one event: beam. To come out of retirement and end gymnastics on a positive note is something I’ve always wanted. I am so proud of all the hard work my E-board has put in over the past three years to grow this organization from a handful of members to a full busload of gymnasts. I have learned how much time and money it takes to not only start an organization but also to keep the organization running smoothly. I have learned how to budget money, make money through fundraisers, price items, present my ideas, and so much more all through my experience on the Simmons Gymnastics executive board.

My favorite Simmons memory isn’t necessarily a specific moment but rather the memories I am constantly making with my friends. Simmons has truly given me some of the best friends in my life and has changed me for the better as a person. My friends at Simmons have made me feel so much closer to the Simmons community and have gotten me involved in so many events that I probably wouldn’t have gone to without them. Any memory I make with my friends is my favorite Simmons memory.

Hannah's Highlights from Rwanda and Gymnastics 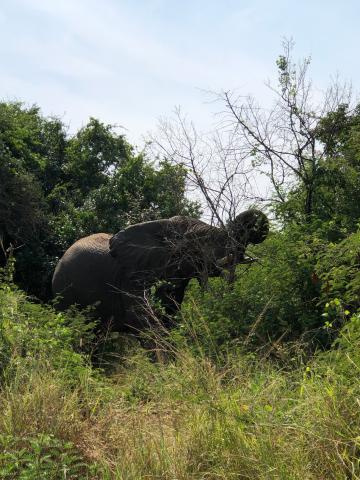 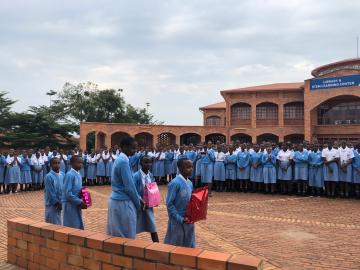 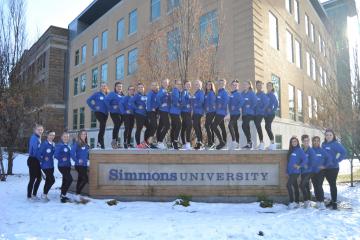 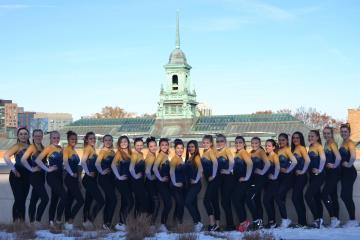 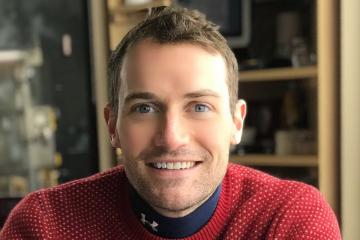 Shake Up the System: Advocating for Disability-Consciousness in Public Libraries

SLIS alum, Nicole Cunha '13, '16MA, '16MS discusses the importance of welcoming patrons with disabilities and the need for representation among library staff.