The protesters were very welcoming. I realized that I needed to be there because it’s so much more important than graduation. It was emotional, but I wouldn’t change the experience.

Why did you decide to attend Simmons?

I’m from East Palo Alto, California, and I went to a college preparatory school. We always had a weeklong trip to the east coast where we visited a lot of different colleges. None of them interested me, but when we visited Simmons, everything I heard was perfect — it was a dream. I was bragging to my friends and family, saying that Simmons was the school I wanted to go to the most, and one year later, to actually be accepted and attend is just amazing.

Why is a women’s-centered education important to you?

What major are you planning to pursue?

Psychology because my family and many people I know have never had the opportunity to get psychological counseling. I want to be able to help people after I graduate.

Tell us about your graduation.

My school didn’t have our graduation on campus - they rented out a large lot with a screen, and everyone was in their cars, kind of like a drive-in movie. In order for me to get there, I had to cross a bridge, and right when we got to the end of the bridge, a huge crowd of people came. At first, I was slightly agitated because I was trying to just get to my graduation ceremony on time, but my mom reminded me that these are our people. We should be fighting for them. We should be fighting with them. And she was right — the protest was occurring where my family is from, so it felt like we were fighting for our hometown.

So we got to the front of the line, and people thought that we were trying to pass and not respect the protest, but instead, we got out of the car. The protesters were very welcoming. I realized that I needed to be there because it’s so much more important than graduation. It was emotional, but I wouldn’t change the experience.

Do you hope to continue to fight for social justice throughout your time at Simmons?

I definitely plan to continue. Sometimes I’m a little bit afraid because I don’t know the east coast atmosphere as much, but I feel like the Simmons community is supportive and socially aware. I feel like I’ll be supported no matter what the cause or who I’m around. 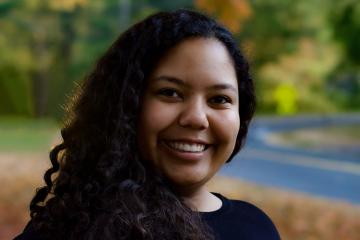 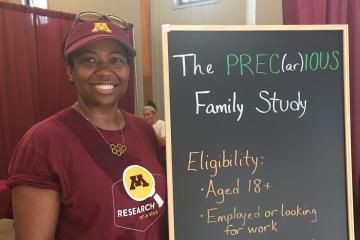 Meet Renada Goldberg, the new assistant professor in the School of Social Work! Learn more about her career as a community-practice social worker, and what show she'll watch on repeat. 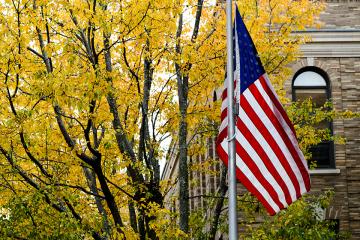 We spoke with Assistant Professor of Political Science and International Relations, Aaron Rosenthal, about what to expect on Election Day and beyond as we await the outcome of the election.