Associate Professor and Chair of Sociology 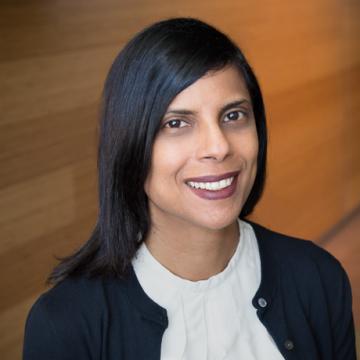 Saher Selod is an Associate Professor in the Department of Sociology at Simmons University. She joined the Department of Sociology in 2012 after completing her PhD at Loyola University Chicago. Her research interests are in race and ethnicity, gender, religion and surveillance. Her scholarship examines how Muslim Americans experience racialization in the United States. Her book Forever Suspect: Racialized Surveillance of Muslim Americans in the War on Terror (Rutgers University Press 2018) examines how Muslim men and Muslim women experience gendered forms of racialization through their surveillance by the state and by private citizens. She is currently writing a book with colleagues on the Global Racialization of Muslims, which is under contract at Polity Press. She is also collaborating on a second project that looks at surveillance, policing and political participation of Muslims in the United States that includes the experiences of African American and Black immigrant Muslims. Dr. Selod serves on the Editorial Boards of Ethnic and Racial Studies and Critical Sociology. She is a member of the Scholars Strategy Network and is a Faculty Affiliate for the Center for Security, Race and Rights at Rutgers University.