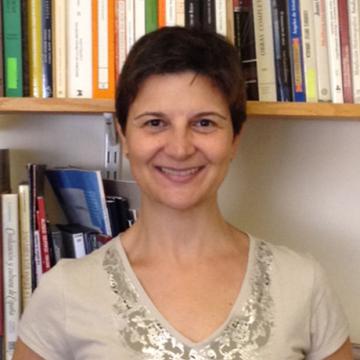 Professor Peláez is a native of Spain who, after teaching Spanish at Boston University (1986-1991), joined the faculty of Simmons College in 1992, where she became Associate professor (1999) and Professor of Spanish (2010). She was Chair of the Department of Modern Languages and Literatures from 2003 to 2009. A firm believer in intercultural education, in 2003 she initiated, in collaboration with Dr. Amalia Pulgarín, Director of GRIIS, the Simmons Travel Course in Granada, followed in 2012 by the Simmons Spanish and Nursing Community Clinical in Granada, created in collaboration with the Department of Nursing.

She teaches advanced language courses as well as courses on Spanish culture, film, and Medieval, 19th, and 20th century peninsular literature. Class discussions in Spanish include topics on multicultural medieval Spain; irony and parody in the 15th Century masterpiece La Celestina; Don Quixote’s characterization as the first modern novel; the dogmatic clerical rule in Pérez Galdós’ Realist novels; the ideological conflicts in Spain during the civil war; family as a metaphor of Franco’s dictatorship in Spanish films; and cultural issues on contemporary democratic Spain.

Her research interests are Medieval and Renaissance peninsular literature, particularly the literary transmission and reception of the medieval version of the legend of Troy and its intersection with 15th century Castilian sentimental fiction. Her current research, an analysis of motifs, narrative strategies, and the pervasive use of irony in the Trojan tradition as taken up by sentimental romance, is her contributing chapter for A Companion to the Matter of Troy in Medieval Iberia, to be published by Brill.