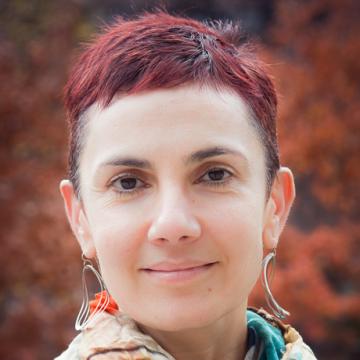 Jyoti Puri is Hazel Dick Leonard Chair and Professor of Sociology at Simmons University. She writes and teaches at the crossroads of sociology, sexuality studies, death studies, and postcolonial feminist theory. Her most abiding interests relate to issues of sexuality, gender, race, nation, state, death, and religion from a transnational/postcolonial feminist lens.

Puri's most recent book, Sexual States: Governance and the Struggle against the Antisodomy Law in India's Present, was published by Duke University Press (2016). It received the Distinguished Book Award from the Sociology of Sexualities Section of the American Sociological Association in 2018. Her previous books include, Woman, Body, Desire in Post-colonial India (Routledge 1999) and Encountering Nationalism, (Blackwell Publishers 2004).

She is currently co-editing (with Ghassan Moussawi) a monograph, “Social Landscapes of Death,” for The Sociological Review Monograph Series (forthcoming 2021) and a special issue on “Feminist Mournings” (with Kimberly Juanita Brown) for the journal, Meridians: feminism, race, transnationalism (forthcoming 2021). Puri has published numerous articles and book chapters and has co-edited a special issue on gender, sexuality, state, and nation for Gender & Society (April 2005) and another one on sexuality and the state for Rethinking Marxism (October 2012).

Puri served on the editorial collective for the interdisciplinary journal Foucault Studies, as deputy editor for the journal, Gender & Society, and is currently on the editorial board for the journal, SIGNS. She has served in various capacities at the American Sociological Association, including as Chair of the Section on Sex and Gender, and Sociologists for Women in Society. She is the recipient of fellowships and grants, including a Rockefeller Research Fellowship and a Fulbright Senior Research award. In 2019-2020, she was a Research Associate at the Women’s Studies Program in Religion at Harvard Divinity School.

For Puri, teaching is a constant source of stimulation. She started teaching many years ago, first as an international graduate student. At Simmons, she has taught required and elective sociology courses as well as a range of courses outside of the department geared toward graduate students and undergraduate students—Gender and Cultural Studies Program, honors program, general education requirement, international relations and women's studies majors, among others.

At the Graduate Level:

Puri is currently working on a project that explores questions of death among the South Asian diaspora in North America from the early twentieth century to the present. Focusing on funerary practices, including cremations and burials, she is unearthing histories of state governance, racism, and exclusion as well as the making of communities and the struggle to belong.

Sexual States: Governance and the Struggle over the Antisodomy Law in India. Duke University Press, 2016
Received the 2018 Distinguished Book Award from the Sociology of Sexualities Section of the American Sociological Association

Publications in Scholarly Books and Journals

"Colorblind Feminisms: Ansari-Grace and the Limits of #MeToo Counterpublics" coauthored with Vrushali Patil. SIGNS: Journal of Women in Culture and Society, forthcoming.

"GenderQueer Perspectives: Sameness and Difference in Sections 375/6 and 377 of the Indian Penal Code" in Law Like Love, Yoda Press, 2011

"Gay sexualities and Complicities: Rethinking the ‘Global Gay.’" In K. Ferguson and M. Mironesco (eds.), Gender and globalization in Asia and the Pacific. University of Hawai’i Press, 2008

"Nationalism has a lot to do with it: Unraveling questions of nationalism and transnationalism in lesbian and gay studies." In S. Seidman and D. Richardson (eds.), Handbook on Lesbian and Gay Studies, London: Paul Chapman, 2002

"Concerning Kamasutras: Challenging narratives of history and sexuality" SIGNS: A Journal of Women in Culture and Society. Volume 27, no. 3. Spring 2002