Professor and Department Chair of Modern Languages and Literatures 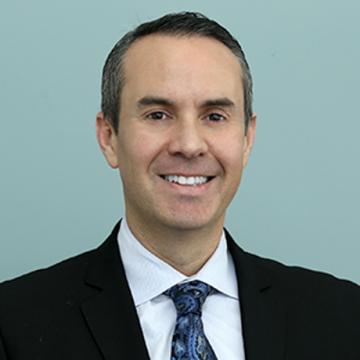 Professor Febles, a native of Puerto Rico, received a B.A. in French and Political Economy from Tulane University, and an M.A. and Ph.D. in French Studies from Brown University. He also studied at L'École Normale Supérieure, L'Institut d'Études Politiques, and La Sorbonne in Paris. Before coming to Simmons, he taught at Goucher College and Brandeis University. His research focuses on the intersections between politics and literature, especially in 19th century France. He is the author of Explosive Narratives: Anarchy and Terrorism in the Works of Emile Zola, published by Rodopi Press in 2010. He also edited with his mother, Dr. María Vega de Febles, a collection of articles written by his grandfather entitled Crónicas Ejemplares and published by Ediciones Universal in 2010. He is presently working on a project about the connections between homophobia and anti-Semitism during the Dreyfus Affair. He is also the author of several scholarly articles, book reviews, and short stories.

I am currently working on a project about the connections between homophobia and anti-Semitism during the Dreyfus Affair.