From the Woman on Campus: Building on the Legacies of Ruth Bader Ginsberg and Gwen Ifill

Ginsburg and Ifill represent the potential for women trailblazers. Ifill would tell us to keep being curious and wonder which stories we aren’t hearing. Ginsburg would take those stories as evidence of needs still not addressed.

I’ll be honest — I didn’t know much about Supreme Court Justice Ruth Bader Ginsburg. Until recently, my knowledge of her was limited to some RBG t-shirts and bobbleheads. As I learned about her life and contributions, I felt a surge of emotions. I’m inspired by her legacy, anxious about our ability to preserve it, and critical of her mixed record on racial and criminal justice. I watched her interview with Gwen Ifill '77, '93HD, a Simmons alum and trailblazing journalist, and wondered what I could learn from their journeys.

On September 22, I had the honor to speak as a panelist on the legacy of Gwen Ifill with her friends and colleagues. We kept asking each other: how can we honor Ifill's legacy? While Ginsburg was not explicitly mentioned, she crossed my mind repeatedly. Both she and Ifill made breakthroughs in their fields. Both redefined the norm by questioning it. And both became memorialized as feminist heroes. I passed Ifill’s face almost every day in the Main College Building on my way to class.

I proudly attend Simmons, a women’s-centered institution. When I mention this to friends or family, they often ask me: “Why? Women have come so far in terms of gaining equality in the past 100 years — haven’t we surpassed the need for this type of school?”

When I examine the legacies of Ginsburg and Ifill, I can reaffirm my decision to attend Simmons. At Simmons, I’m given the space and time to explore and evaluate their stories from each angle. I honor their work by questioning what lessons I will choose to carry with me. For example, I can note that both spent their lifetimes fighting to get into the rooms where decisions happen. While that’s not my model for change, I appreciate that they took the crucial first step for mainstream American society to acknowledge the different perspectives women bring to the table.

I recognize that these women were deemed exceptional, which helped them advance their visions for the world. However, I also acknowledge the thousands of other unknown exceptional women (both cis and trans), including those at Simmons, that are already legends in their communities. Their stories are waiting to be heard.

Ginsburg and Ifill represent the potential for women trailblazers. Ifill would tell us to keep being curious and wonder which stories we aren’t hearing. Ginsburg would take those stories as evidence of needs still not addressed.

But it’s not enough to fight for equality for our individual selves. As members of multiple communities, we have to follow their example by not resting until we’re all seen. I have so much to learn about the experiences of trans women, Black, Latinx, and Indigenous women, and the experiences of women globally. I have so much to learn about my obligation to those women who toiled before me, whose names I might never know.

I have three years left at a university filled with stories of courageous folks that sought to make the world a better place. I have a lifetime to use this knowledge to forge my own path forward that honors their labor and expands on their legacy. 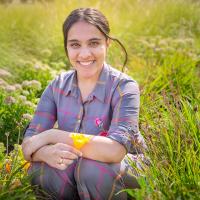 Our Woman on Campus, Saloni Kumar ‘23, writes about her experience as a college student, giving us a closer view of the undergraduate culture of Simmons! 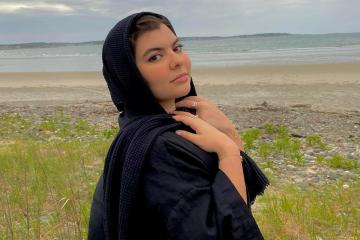 Breaking Through the Glass Ceiling of Exclusivity with Yasmeen Ibrahim '22

Congratulations to Yasmeen Ibrahim '22, recipient of the Ifill Scholarship! We spoke with Yasmeen about her passion for design and her ambition to elevate her community by shining a positive light on her traditions and values. 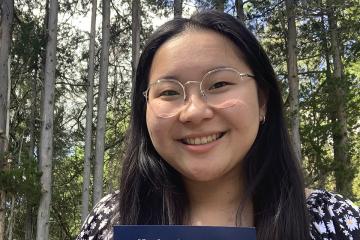 I'm Going to do Amazing Things: Abrielle Cunningham '23 on the Ifill Scholarship

Congratulations to Abrielle Cunningham '23, recipient of the Ifill Scholarship! Learn more about Abrielle's ambitions and how she hopes to do amazing things, just like Gwen Ifill. 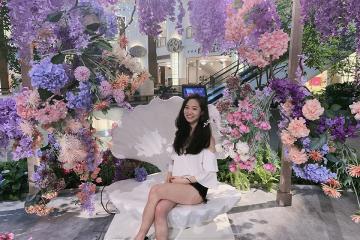 Melody Tuan '22: The Ifill Scholarship is a Chance to Carry on Gwen Ifill’s Legacy

Congratulations to Melody Tuan '22, recipient of the Ifill Scholarship! Melody shares why she loves the Simmons community and the unimaginable power of Simmons students.