Our University is thrilled to launch this new database that will feature information and stories about women who made history in Boston by claiming their right to vote
— Dr. Laura R. Prieto

This includes the more than 50,000 women who had newly registered to vote by the November 1920 presidential election after gaining voting rights from the Nineteenth Amendment. When they did so, the individuals added their names to separate Registers of Women Voters ledgers and filled in information including their residence, birthplace, marital status, naturalization as citizens, and occupation. The project will help better identify who these women voters were, including potential patterns in terms of race, ethnicity, class, and marital status.

To view the database’s first installment, which was released on October 13 in honor of the anniversary of the last day Bostonians could register to vote in the 1920 presidential election, visit the City of Boston’s Digital Initiatives page.

“Our University is thrilled to launch this new database that will feature information and stories about women who made history in Boston by claiming their right to vote,” said Dr. Laura R. Prieto, Alumni Chair in Public Humanities at Simmons University. “These records play a vital role in filling gaps in local family histories in Boston and Massachusetts, and they provide more information about the history of women’s political participation in the US.”

The women who registered to vote in Boston in 1920 include a diverse cross section of age groups and demographics, including immigrants, housewives, factory workers, office and sales clerks, and Black women form the South and Caribbean. As part of the project, the team is researching the people and places connected to voter registrations to help share their stories.

This project also provides crucial information about the broad range of participants in the women’s suffrage movement – individuals who have historically been left out or often overlooked in this narrative.

"The Women's Voter Registers contain incredibly valuable historical information about Boston's women, but it has always been difficult and time-consuming for researchers to use them,” said Marta Crilly, Archivist for Reference and Outreach at Boston City Archives. “This collaboration with Dr. Prieto and her students is transforming these handwritten and unindexed registers into an easily searchable and sortable dataset, thus opening the records to thousands of new users - historians, genealogists, GIS specialists, social scientists and more. We're thrilled to share the first installment of the dataset and look forward to continuing this exciting collaboration."

The digital initiative is named The Mary Eliza Project in honor of Mary Eliza Mahoney (1845-1926), a pioneering African American nurse and civil rights activist, and one of the many Boston women who registered to vote in 1920.

“These records are valuable resources that shed light on 1920 women voters in Boston and how they wielded suffrage once they won it,” added Prieto. “This project also provides crucial information about the broad range of participants in the women’s suffrage movement – individuals who have historically been left out or often overlooked in this narrative.” 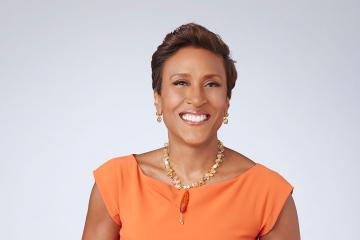 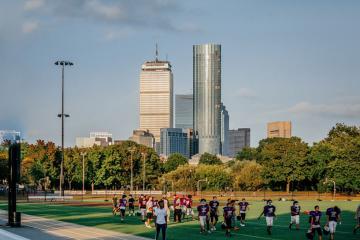 Happy World Photography Day! This event is a worldwide celebration of the art, history, and love of photography. At Simmons, we'd like to celebrate one of our favorite student photographers: Adriana Arguijo Gutierrez '23.