When Roe v. Wade was overturned on June 24, 2022, student Sara Slager — a double major in Education and Women's and Gender Studies — was in the middle of a research project on local reproductive rights activism. She spoke with us about this timely project and her passion for gender studies.

What is the topic of your research project?

I conducted this research as part of SURPASs (Summer Undergraduate Research Program at Simmons) under the mentorship of Assistant Professor of Critical Race, Gender, and Cultural Studies Tatiana Cruz. This is a summer research grant opportunity that Simmons offers to about ten undergraduate students per year.

What kind of source materials guided your investigation?

I was grateful for the opportunity to conduct nine oral history interviews with women who were activists in that period. I found most of the activists through word of mouth. I read an article written by Professor Amy Hoffman of Wellesley College and contacted her for an interview. She gave me contacts for the other interviews. I also reached out to the Cambridge Women's Center. They began during the period I was studying and are still active to this day. They put me in contact with their archivist Libby Bouvier who also helped me contact other activists. One of my interviewees, Louise Rice, is an alum of the Simmons School of Nursing. The women I interviewed were from a wide range of organizations related to abortion rights and the gay community, and they gave me a variety of perspectives concerning reproductive justice. Each interview was between 20-30 minutes long and detailed their participation in feminist activism during this period.

What are your most important findings? Any surprises?

One thing that was very profound is that Roe v. Wade was overturned the same week I conducted these interviews. Seeing those connections between past activism and the situation today was heartbreaking and sad but fascinating at the same time. This made the work more impactful for me and hopefully for my interviewees as well.

A strong takeaway for me was that the activism was not just about abortion. People were having conversations about lesbian women, women of color, and disabled women. They were talking about birth control and rape and sexual assault, and therefore contributed to a larger conversation about reproductive justice that was not limited to abortion.

Why did you choose to become a women's and gender studies major?

It happened by accident. I'm in the education program, and as part of that program we had to take a literature course. I ended up taking a women's literature class, and I fell in love with it. Women's and gender studies then became my second major.

Why did you choose Simmons?

My mother and I took a tour, and I fell in love with Simmons. I was also looking for colleges in the Boston area as well as creative, safe, and empowering spaces for women and other marginalized folks. I really appreciate the community we have here at Simmons. 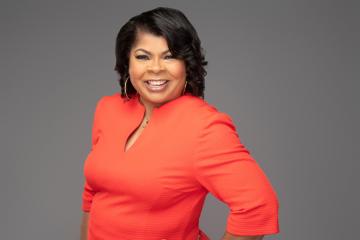 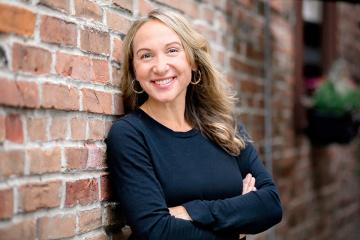 In her new book Twinkle, Twinkle, Winter Night, author Megan Litwin '02MA captures the enchantment of winter. She spoke with us about her interest in children's literature and her experience at Simmons. Tell us about your new book and what... 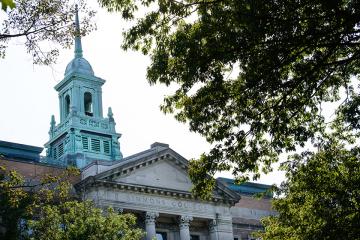 For many students in the Department of Public Health, activism begins at Simmons. In 2018, MPH students established HERE4Justice, a student-run organization that works to advance health equity, racial equity, and social justice. "Students started this collective because they saw...