His legacy of mentorship lives on with his students going on to PhD programs in neuroscience, becoming residents in neurology, or working in biotech companies and other scientific careers.

I am sad and humbled to share the news of the passing of Simmons Professor Emeritus of Biology, Bruce Gray. Over his 25-year career at Simmons, Professor Gray was regarded as a master teacher and mentor who modeled lifelong learning and the ability to grow throughout one’s career.

Dr. Gray came to Simmons in 1993 as an Assistant Professor and was promoted to Associate Professor in 1999, serving as Chair of the Biology Department from 2012-2016. Dr. Gray was known for adopting new pedagogical strategies as well as for the range of courses he taught, making them work for students at all points in their academic careers. His student evaluation ratings were always high, yet he challenged himself and his students to aim higher. During his tenure, Dr. Gray mentored more students in the Biology Department than any other faculty member in the sciences, with over 70 students doing research on Alzheimer’s Disease in his lab. His legacy of mentorship lives on with his students going on to PhD programs in neuroscience, becoming residents in neurology, or working in biotech companies and other scientific careers.

In 2017, Dr. Gray taught a learning community with Dr. Michael Berger of the Chemistry Department based on advanced general biology and advanced general chemistry. Dr. Gray had not taught general biology since his first few years at Simmons, and he recognized that biology had become more complex since the ‘90s. So, this learning community required much background reading and discussion on his part. It was an extensive undertaking and Dr. Gray used part of his sabbatical to prepare for this course. It was yet another example of how Dr. Gray took on a new challenge and plunged enthusiastically into it — in this case, once again to the benefit of Simmons students.

Service was the thread that ran through Dr. Gray’s career. He served as the Coordinator for Neuroscience; Pre-Health Advisor; a founding member of the Simmons College Faculty Senate and the Multicultural Affairs Advisory Committee; President of Faculty Council; chair and member of the Promotion and Tenure Committee; member and convener of Honor Board, along with serving on the Advisory Task Force and the advisory board for Excellence in Teaching. He took the initiative to announce his retirement early so that his position could be filled. And although Dr. Gray retired in 2018, he was set to teach a course at Simmons this spring semester.

As his colleague, Dr. Elizabeth Scott, Associate Dean and Professor of Biology, College of Natural, Behavioral and Health Sciences, noted: “Bruce was a deeply committed scientist and researcher, dedicated to his students, hugely supportive of his colleagues, and truly a one of a kind individual. He was a wonderful friend to us all, and he and his wife Sally frequently hosted students, faculty, and staff in their lovely home in their beloved Rhode Island.”

On behalf of all of Dr. Gray’s colleagues, former students, and the entire Simmons community, I want to send our deepest condolences to his wife Sally of 51 years, his children, grandchildren, and additional family members. Simmons is, without a doubt, a stronger institution due to his leadership, mentorship, and commitment. 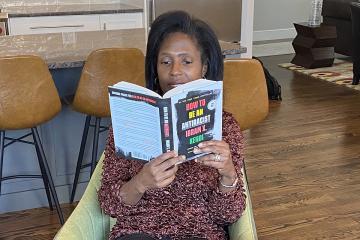 The 2021 Spring Community Read, "How to Be an AntiRacist," explores the concept of antiracism and how we might build an antiracist society. Check out President Wooten's favorite quotes and takeaways from Kendi’s powerful book. 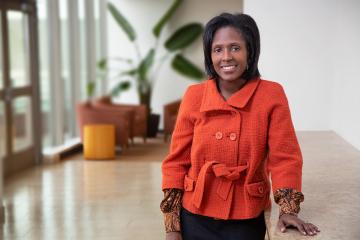 For President Wooten, Black History Month has always been about learning and discovery. This year, she's encouraging the Simmons community to join her by engaging in the Multicultural Center's programming and carrying these lessons into the future.