When I look back, I remember a lot of meetings, a lot of memos, a lot of squabbles over political issues. But I always knew that what I was doing was making a difference. I don’t know that everybody gets to feel that way. That is what my career has meant to me. 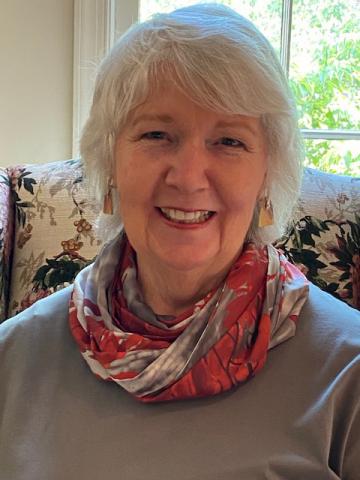 “My Dad wanted my siblings and I to go to college and do something good for other people. That was how we ran our lives,” says Maureen Thornton Syracuse ’68, a member of the College of Organizational, Computational, and Information Sciences (COCIS) Advisory Board. A government major at Simmons, Syracuse took that advice to heart and embarked on a career spent working in non-profit organizations.

“When I look back, I remember a lot of meetings, a lot of memos, a lot of squabbles over political issues,” says Syracuse. “But I always knew that what I was doing was making a difference. I don’t know that everybody gets to feel that way. That is what my career has meant to me.”

After graduating from Simmons, Syracuse was hired by the US Department of Housing and Urban Development (HUD), working on a new program to address poverty. When the administration at HUD changed, and the program lost support, she needed a new opportunity.

“The people who seemed to be thriving and having the most impact were lawyers.” She enrolled at the University of Chicago, a top-rated law school known for its clinical program. “While my class was smaller than most schools, we were all just one section — 185 people in each class! It was easy to get lost, not like the Simmons experience. I found my niche when I got involved in the clinic.”

Following law school, Syracuse was hired by a legal assistance foundation in Chicago, representing low-income residents. After years of having her own caseload, she sensed that this wasn’t the right path for her.

“I didn’t like sitting in an office by myself, working on my cases by myself. I had strengths I wasn’t using,” she says. “The next step happened serendipitously while visiting with friends after my ten year Simmons reunion. We were sitting in a friend’s backyard, networking — though we didn’t know that’s what it was called.”

A friend told her that the League of Women Voters needed a lawyer. By September, she had accepted the position and moved back to Washington, DC. “The League as an organization had enormous influence lobbying in DC because they were advocating in the interest of the community,” she says. “They supported voting rights, preservation of public lands, civil rights, and women’s issues. I was involved in some of the biggest issues of the day.” For her last four years at the League, she was Executive Director of the Education Fund.

I was involved in some of the biggest issues of the day.

She next became Executive Director of Physicians for Social Responsibility (PSR), an organization of doctors established in the 1960s to oppose nuclear testing and prevent nuclear war.

“We started working with a lot of citizen groups concerned about public health threats and environmental damage in all the different places around the country where components of nuclear weapons were built and tested,” says Syracuse. “Separate citizen organizations were trying to get these plants shut down and were concerned about the impact on surrounding land and water from these plants. The government hid behind national security and refused to share the environmental impact; the studies the government relied on were flawed.”

The organization received a grant from the MacArthur Foundation to allow qualified doctors to review and critique the health studies the government was promoting to the public.

In the early 1990s, Syracuse became a consultant to the public service arm of the DC Bar, writing grant proposals to fund a task force to look into access to justice for family law cases. The DC Bar was also taking a serious look at their public service program, which was intended to match lawyers and low-income clients.

“At that time, the DC Bar was providing a lot of information to the public but very little actual pro bono help, compared to San Francisco, New York, and Chicago, where the Bar was more hands-on, generating engagement between lawyers and clients.” Though large DC law firms had a long history of pro bono work, they focused on national cases, not on the needs of individual people in DC. “There was a growing sense that these firms should spend half of their pro bono time on the needs of low-income residents.”

When the DC Bar restructured the public services staff with a new executive director, Syracuse applied. “I had worked for very established organizations in my career but had never started anything. This was a great next step — half about law, half about volunteers.”

They launched several programs building on things done in other cities, including clinics held at the DC Bar office where teams of lawyers would interview clients with cases pre-screened by Syracuse’s staff. “Our goal was to hold 26 clinics per year, with 13 law firms. By the end of the year, we had 28 law firms signed up.”

Lawyers handled family law, consumer cases, landlord/tenant cases, and disability cases. “A side effect was that lawyers from big firms were seeing how low-income people were suffering from a lack of legal help. It shook the courts up a bit to have our volunteers appearing in landlord-tenant and family court.”

Through partnerships with neighborhood organizations, walk-in clinics for legal assistance were set up throughout DC. The program expanded to include lawyers stationed in court to support clients in landlord/tenant disputes, training small business owners in the legalities of hiring employees and signing leases, and representing nonprofits, even helping them access funding they hadn’t realized was available. The program became a national model, twice receiving the ABA’s Harrison Tweed Award. The DC legal community recognized Syracuse with the DC Bar’s highest award, named for Supreme Court Justice William Brennan.

Syracuse is eager to encourage new graduates to explore the nonprofit sector. “There are a lot of different nonprofits,” she says. “There is room for people who want to do direct service, as well as ways to influence policy. It’s a diverse world to consider.” Especially if you, like Syracuse, are eager to make a difference in society. 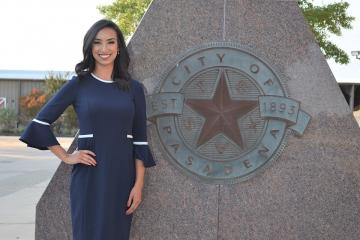