The professors at Simmons ensured that I entered the workforce with the tools necessary to understand and formulate policy... This allowed me to understand and work on my strengths, which gave me confidence in my skills to become an advocate and analyst.

What influenced you to pursue a degree in Public Policy?

When I first heard the term “public policy”, I didn't understand it at all. Even after months of google searches, I concluded that I would have to wait until starting the 3+1 Master in Public Policy (MPP) program to learn what the degree entailed. To be completely honest, I thought this would be the best next step to achieving my ultimate goal of becoming a lawyer.

However, after my first semester, I realized that completing the MPP program would align with my personal mission of fighting for equality and equity. The program's professors allowed me to learn and acquire the tools needed to understand and help formulate policy in my areas of interest, and with stakeholders that had similar missions. They are also, ultimately, why I decided to stay at Simmons to pursue my graduate degree in Public Policy.

Did you have a specific area of policy focus while in the MPP program at Simmons?

My capstone paper focused on the displacement of the Salvadoran community in East Boston due to luxury development and the policy recommendations for affordable housing found in similar cities such as New York. Housing and labor policy were two areas that I chose to focus on, and I used each class to further my understanding of them. For example, in my "Econometrics" class with Professor Sohrabji, I was able to use data from the U.S. Census to make observations on the effect of minimum wage on unemployment.

What have you been up to since leaving Simmons?

During my time at Simmons, I had the opportunity to intern with various organizations that are stakeholders in the policymaking process, from the Massachusetts State House to labor unions.

After graduating from Simmons, I was offered a full-time position as a policy analyst and researcher with UniteHere, a labor union that represents food service workers in airports, stadiums and arenas. With the support of many stakeholders and partners, we were able to successfully support a Worker Retention bill, minimum wage increases to $15 in New York City and $19 for New York City airport workers, and the implementation of labor representation for United Airlines’ catering workers.

After four amazing years, I left my job to finally study for the LSAT. Currently, I am in CUNY’s Pipeline to Justice Program and hope to start law school in the fall.

How did Simmons prepare you for your current work?

The professors at Simmons ensured that I entered the workforce with the tools necessary to understand and formulate policy. Simmons gave me the ability to apply what was discussed in class to the internships in my field so that I could truly comprehend what I was learning. This allowed me to understand and work on my strengths, which gave me confidence in my skills to become an advocate and analyst.

What was your favorite class at Simmons?

I loved every class I took at Simmons, even the more challenging ones. However, for those interested in research positions in policy, "Econometrics" and "Statistics" are vital — ask as many questions as you can until you fully understand.

What advice would you give prospective students who are undecided about Simmons and the MPP program?

Although the impromptu decision to enroll in the MPP program was the right choice for me, I would suggest that prospective students reach out to any professor in the Economics or Political Science departments. They are all wonderful and supportive people. I remember how scary the idea of picking up the phone or sending an email to a college professor was when I was a high school senior — so I never did. However, I now realize, you are enough and your decisions for your future are important — anyone at Simmons would be happy to help. 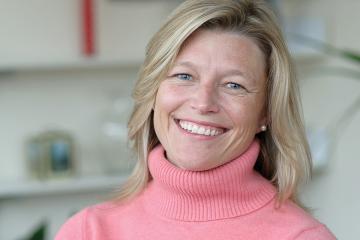 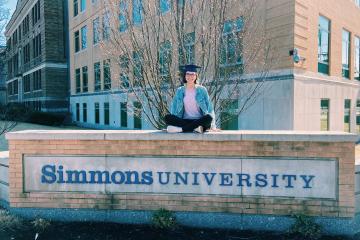 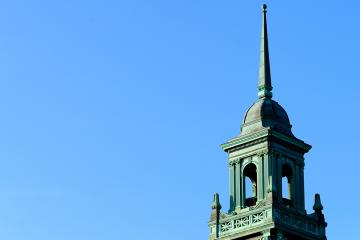