I’m a storyteller, and I try to uplift voices that are often overlooked, particularly voices and stories, to increase queer visibility. I hope to bring that to wherever I work in the future, whether it’s on my own or working collaboratively.

“I’m an audio geek — I like all things radio and audio production,” says Lennon Sherburne ’22. As part of the final project for their radio operations class, students were invited to create an audio documentary of their experiences with COVID-19. Sherburne’s segment, “Let’s Do the Time Warp,” became their submission for NPR’s Favorite College Podcast competition.

Sherburne’s podcast illustrates their feelings of helplessness during the pandemic after suffering a concussion. As many of us turned to technology to pass the time, connect with friends and find some source of comfort, Sherburne’s recovery was complicated by the inability to use screens.

“The days were slower and extremely monotonous,” Sherburne recalls. “I was so tuned-in to sound and time passing because I couldn’t do anything else — I sat and listened to the clock in my room. It felt like a mockery to hear this constant time as passing slowly as it ever has, probably for everyone on the planet. The ticking of that clock became the underlay of the piece.”

Sherburne submitted the entry on a whim, a few hours before the deadline. “I didn’t think about it for the next month,” Sherburne says, then recalls receiving an email from NPR during a class with Assistant Professor Erica Moura, Faculty Director of Student-Driven Media. “It was pretty surreal. I consider Professor Moura a mentor, so I stayed after class to tell her.”

Sherburne’s piece is one of only 10 finalists for NPR's Favorite College Podcast competition and had already received one of Simmons’ six nominations from the Intercollegiate Broadcasting System Media Awards.

“This was the first big piece I had ever created, and I never thought it would get such attention,” says Sherburne. “It’s good encouragement that I have a knack for this work.” Sherburne is already considering attending graduate school for audio journalism.

“My goal is telling stories that aren’t often told,” says Sherburne. “I’m sure that’s the goal of many journalists. I’m a storyteller, and I try to uplift voices that are often overlooked, particularly voices and stories, to increase queer visibility. I hope to bring that to wherever I work in the future, whether it’s on my own or working collaboratively."

And the ability to try new things at Simmons has been transformative. “At Simmons, I’ve been told that whatever you’re passionate about, we’ll help you get there.”

As Boston Opportunity System (BOS) Collaborative Director at the Boston Medical Center, Patterson invests in local communities by bolstering the work of existing non-profits. Learn more about her work and how Simmons brought out the leader within. 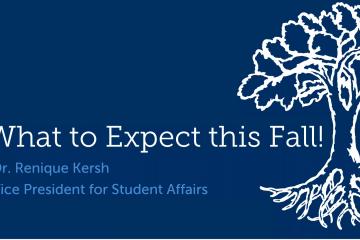 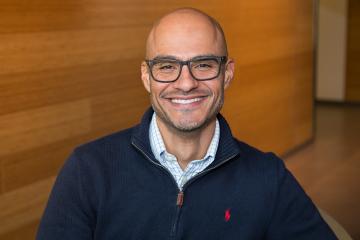 Assistant Professor Felipe Agudelo discusses his current project, “It’s Not How You Say It, It’s What You Say: Ambient Digital Racism and Racist Discourses on Twitter," which examines counter narrative tweets to Black Lives Matter hashtags.