Holocaust Remembrance Day: Collective Memory In A Time of Pandemic

If we don’t take responsibility and learn the lessons of our past, we are doomed to repeat them. And if we don’t stand up to injustices happening in our own time,
who will be there to tell our story? 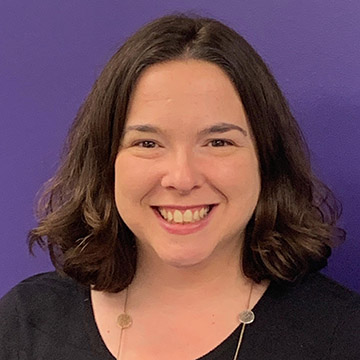 At the Passover Seder table each year, Jews all over the world read the lines, “in every generation, everyone must see themselves as if they came out of Egypt.” As a teenager, I rebuffed these lines, feeling disconnected from what I saw as archaic language and sentiment, much like I viewed the rest of the rote tradition of reading from the Hagaddah each year. How could the words of this book, unchanged for over 2,000 years, relate to me? After all, I was hardly enslaved as a 17-year-old in American suburbia.

Just a few weeks later, though, a travel experience would change my perspective, and ultimately, shape my career trajectory as well. I was a participant on a program called March of the Living, representing my youth group on a trip to Poland to commemorate Yom HaShoah, Holocaust Remembrance Day.

The week-long tour took us all over Poland, visiting cities and towns that were once bustling centers of Jewish life, and bearing witness to the Nazis’ plan of genocide in ghettos, mass graves, and concentration camps. We saw four camps that week, some commemorative national parks, some converted into museums, and some left exactly as they once were, as the Germans didn’t have time to burn them down as they fled from allied forces. As I went from place to place I was left feeling desolate and haunted by ghosts of those who perished and by the emptiness left by the vibrant Jewish communities that no longer exist.

On the final day of the trip, our group joined together with thousands of others from all over the world to reenact the death marches from Auschwitz, the Labor camp, to Birkenau, the death camp, where hundreds of thousands met their fate in the chambers of crematoria. But this time, we were now longer forced slave laborers, marching to our deaths. We were marching to celebrate life; the Nazis did not win — they did not exterminate the Jewish people as was their plan. In fact, I was filled with pride as I marched alongside so many others as one people, united, and flourishing across the globe. We were still here, alive and well, to tell the story of those who came before us.

On April 21st of this year, we once again commemorated Yom HaShoah, Holocaust Remembrance Day. But this time, there were no public gatherings or marches from Auschwitz to Birkenau. Instead, virtual events via social media and online platforms replaced these traditional memorials. The necessity of isolating in our own homes during this global pandemic outweighs the need for communities to gather together and remember. Although it felt very different in many ways, the virtual commemoration this year was just as meaningful, and somehow even more impactful, especially given the uncertain times in which we find ourselves.

Since my family had immigrated to the United States from Russia at the beginning of the 20th century, they, fortunately, had escaped the horrors of the Holocaust. Until that fateful trip 25 years ago, I hadn’t particularly felt any sense of connection to the Holocaust, or to the lost Jewish communities in Europe. I was a proud American Jew, but the past happened to others, to them, not to me.

But after being in Poland for the week and feeling such pride during the March, I finally understood the purpose of reciting those lines at the Passover Seder. The collective memory of the Jewish people must continue from generation to generation. We were all slaves in Egypt. The Holocaust happened to all of us. Because we are all one people, one world.

If we don’t take responsibility and learn the lessons of our past, we are doomed to repeat them. And if we don’t stand up to injustices happening in our own time, who will be there to tell our story? What will the next generation say about us, when they reflect on this time of crisis? We must remember and tell the story, for those who no longer can, and for those whose voices are being silenced.

Miriam Berkowitz Blue joined the Office of Spiritual Life as the Hillel Director in 2012. 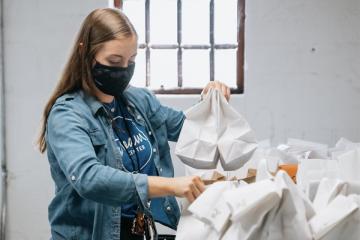 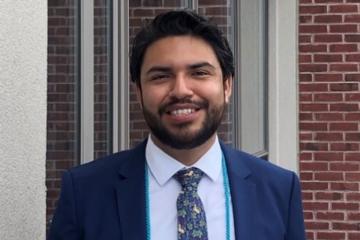