Given everything that’s wrong in this country, education still opens doors that will close if you don’t have it... Certainly I encourage students to march and do all those things, but also be sure to fight for education.

Coming of-age during the Civil Rights Movement, Leslie Morris ‘75 is no stranger to the decades-long struggle of protesting for basic human rights. Over a Zoom call in the midst of the COVID-19 pandemic, Morris recalls the state of the US during her childhood. She describes memories of watching Black Americans getting hosed down, beaten, and arrested on television — an assessment that eerily mirrors the headlines as of late.

“When I got to high school, America was on fire,” recalls Morris. “That was 1968. I’m disgusted that in 2020 it appears we’re fighting for the same issues that we fought for in the 60s and 70s. Just when I thought we were a little further along the spectrum, it seems we still have such a long way to go.”

Before the Civil Rights Movement, Morris’ family was a part of the Great Migration, a relocation of more than 6 million African Americans from the rural south. With hopes of paving a better way of life for her children, Morris’ mother traveled north in 1946. While growing up, Morris remembers her mother continually urging her children to “take advantage of the opportunities that are opening up now — opportunities that I was denied.” 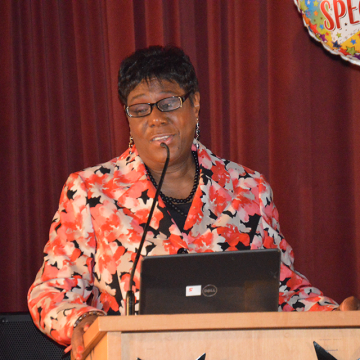 These opportunities her mother mentioned were a result of the Civil Rights Movement. Colleges were given a choice by the government: begin integrating their schools or risk losing federal funding. This is how Morris discovered Simmons, or more accurately, how Simmons found and recruited Morris.

“I need to credit my guidance counselor, the late Theodora Apostolocus, with introducing me to Simmons,” says Morris. “Simmons had hired Brenda Franklin to find bright but financially challenged students. When Ms. Franklin came to my school, my guidance counselor said I would be a good candidate for Simmons and called me out of my English class to speak with Ms. Franklin. Had she not introduced us, the entire trajectory of my life might have been different. I may have ended up at a local college, or nowhere at all. Who knows? But I would not have ended up at Simmons. I credit Ms. Apostolocus and Ms. Franklin for my introduction and ultimate acceptance at Simmons.”

Morris paints incredibly detailed vignettes of her memories in the months that followed this moment. From receiving her Simmons acceptance letter and being treated like a celebrity in her neighborhood, to her anxiety when leaving home and riding the bus to Boston for the first time — unsure of how far the city was from her hometown.

One such memory is of her first visit to Simmons during her senior year of high school in March of 1971. Although Morris wasn’t new to activism, as she had participated in protests throughout her high school years, she remembers attending a meeting of the Black Student Organization (BSO) and feeling simultaneously inspired and intimidated.

“These Black women were smart, they were politically astute,” explains Morris. “They were talking about issues that I knew about — but to see a group of Black women articulating those issues and how they were planning to respond, I felt out of my element. But at the same time, I felt proud and knew I wanted to attend this college to be around these women. It was such a sense of pride.”

Teaching at my alma mater is the ultimate form of giving back.

Morris, who studied sociology, credits Simmons with helping her find her voice as a Black woman. Not only did she find her voice — but she also used it. While at Simmons, she protested to uphold the Ten Demands and participated in other forms of protests through the Black Student Organization. Morris shared memories of marching down Commonwealth Avenue with Boston University and listening to Congresswoman Shirley Chisholm address the Simmons student body during her presidential campaign.

“We had a great network of Black faculty members who were supportive of the students,” explains Morris. “But because of our demands, we were able to bring in even more Black faculty members. We wanted to make sure that we had the necessary resources in place to support us and keep us at Simmons, instead of being victims of institutional racism.”

As the next generation once again picks up the reigns to fight for their rights, Morris sees herself as a gatekeeper and advisor. Because many schools still lack curriculum surrounding the first and second wave of the Civil Rights Movement, Morris has tried to educate and encourage adolescents by sharing historical moments as well as her own experiences of this time.

Morris has been educating subsequent generations long before the most recent wave of protests. In fact, she has dedicated her entire career to this cause. After running community-based health care programs at the local, statewide and national levels, Morris founded Women of the Dream in partnership with Campbell Soup Company under the leadership of then-President and CEO Denise Morrison. In June 2014, Women of the Dream joined the cadre of nonprofit organizations dedicated to improving the lives of girls and young women in underserved areas.

“Given everything that’s wrong in this country, education still opens doors that will close if you don’t have it,” she says. “We cannot tell poor Black and Hispanic kids to do something with their lives, and not give them the resources to bring that to fruition. We need to bring back some of those same resources that allowed those of us in my generation to get through these schools without coming out with debt and loans. Certainly I encourage students to march and do all those things, but also be sure to fight for education.” 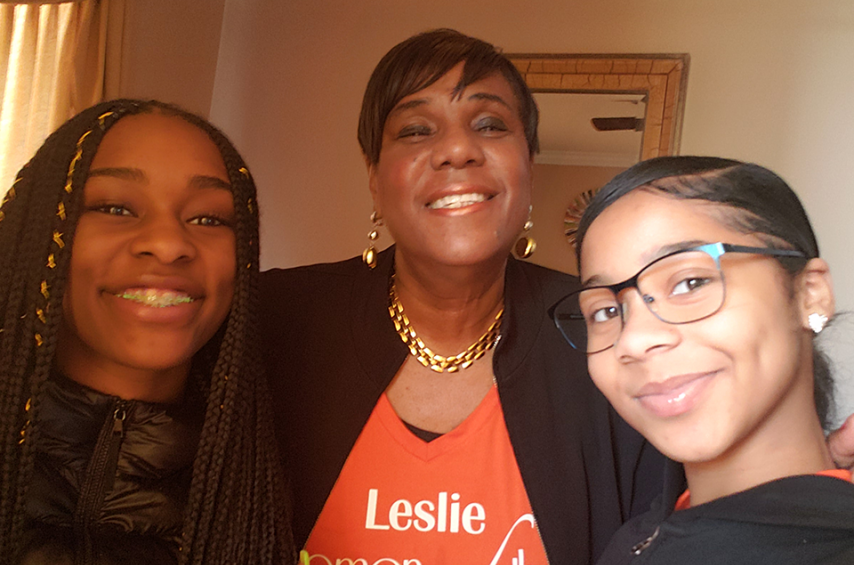 Morris, who also holds a master's degree in public health in the area of maternal and child health from the University of North Carolina at Chapel Hill, is now teaching the graduate course “Public Health Leadership and Management” at Simmons.

"Teaching at my alma mater is the ultimate form of giving back,” she says. “I am also helping prepare up-and-coming leaders in the field of public health."

Morris says that as a Black woman, she has a moral and social obligation to give back and bring the next generation along with her. Remembering the lessons taught by her mother, she stresses the importance of remembering where you came from and giving back to communities that may need a helping hand. And she has: this year alone, Women of the Dream awarded scholarships to 13 seniors. 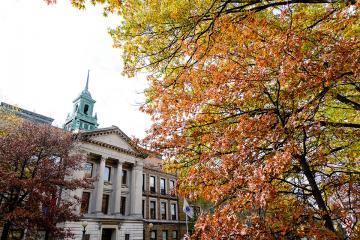