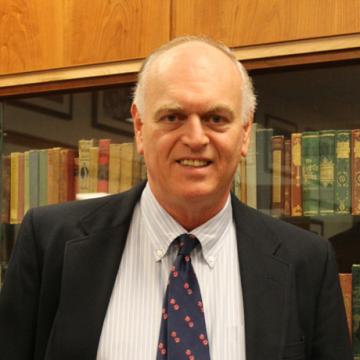 Professor Brown’s interests have been wide-ranging and interdisciplinary. As an applied mathematician, earlier in his career, he published in major journals in mathematical statistics, biophysics, and medical informatics. He also produced working papers in computer hardware design and econometric modeling. He in addition published expository mathematics. He was a postdoctoral Research Associate at the Computer Research Center of the National Bureau of Economic Research.

In recent years his interdisciplinary reach has taken new directions. He seeks to connect the mathematical sciences with issues of public interest, as well as with the arts. Twelve of his Letters to the Editor (eleven signed with his Simmons affiliation) on these topics have appeared in the New York Times. He is also concerned with the deeper motivations for learning and, more generally, questions of meaning and ethics in psychological life. He is a member of the Faculty Learning Community on Student Learning Theory. In the arts, he has a particular interest in theatre and drama, exemplified for instance by his very well-received performed readings at the Harvard Strindberg Symposium, a centennial gathering of scholars in honor of one of the founders of the modern theatre.

Examples of Professor Brown’s earlier work include lectures on his statistical research to the Yale Statistics Department and the Summer Session on Statistics at the Harvard School of Public Health. Investigations reported in these lectures subsequently appeared as solely-authored papers in (respectively) the Journal of the American Statistical Association (Theory and Methods Section), and the journal, Methods of Information in Medicine. He has also worked on the statistical analysis of protein folding computer simulations, work that appeared with co-authors in the journal Biopolymers.

He is currently concerned in part with meta issues of mathematics and learning, in particular with ways in which mathematical learning can strengthen cognitive functioning.