Learn more about our May 2022 Commencement speakers and honorary degree recipients. 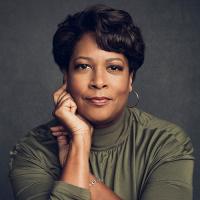 Recognized in the entertainment industry as a leader in the art of storytelling, Porter'scritically acclaimed projects have impacted generations of people from all walks of life.

In 2021 Porter directed and executive produced Oprah Winfrey and Prince Harry's documentary series on mental illness and mental well-being, “The Me You Can't See.” Her latest documentary feature, “Rise Again: Tulsa and the Red Summer,” sheds new light on a century-old racial conflict, the two-day 1921 Tulsa Massacre. In 2020, Porter directed two critically-acclaimed documentaries, “The Way I See It” – a look at the American presidencies of Ronald Reagan and Barack Obama from the lens of official White House photographer Pete Souza, and “John Lewis: Good Trouble.” the story of the congressman and civil rights icon. A two-time Sundance film festival director, Porter discovered her passion for filmmaking following her time as an attorney, and is now part of the U.S. Department of State's American Film Showcase.

Dawn Porter will also be presented with a Doctor of Public Arts degree. 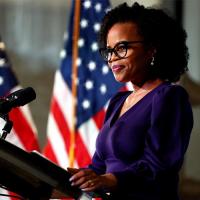 Graduate Commencement Ceremony Speaker for the College of Organizational, Computational, and Information Sciences; the College of Social Sciences, Policy, and Practice; and the Gwen Ifill College of Media, Arts, and Humanities

Mayor Janey made history as the first woman and first person of color to serve as acting mayor of Boston. She became the city's fifty-fifth mayor in 2021, and successfully lead the city through a multitude of unprecedented challenges, including the COVID-19 global pandemic. A champion of polices that promote equity and opportunity, Janey has devoted her life to public service. In 2017, she was elected to the Boston City Council as the first woman to represent District 7 and later became president of what would be the most diverse City Council in Boston history. Her long career in public service has been recognized with a number of awards, including the Boston NAACP Difference Maker Award in 2015 and the Sapphire Award in 2017. In addition, she was named one of Boston's Most Impactful Black Women in 2021, and one of Boston Magazine's 100 Most Influential Bostonians. A proud fourth-generation Roxbury resident, Janey at the age of eleven was on the front lines of the battle to desegregate Boston Public Schools.

Mayor Janey will also be presented with a Doctor of Laws degree. 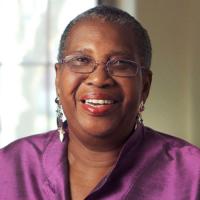 Avery has been a leader in the advancement of Black women's health for nearly 50 years. Her work began in 1974, when she co-founded the Women's Health Center in Gainesville, Florida, and four years later she co-founded Birthplace, an alternative birthing center, also in Gainesville. She went on to found the National Black Women's Health Project in 1983 and remains strongly committed to her work at age 83. She has been a visiting fellow at the Harvard University School of Public Health; served on the Charter Advisory Committee for the Office of Research on Women's Health of the National Institutes of Health; been a health issues 11 advisor for the Kellogg Foundation's International Leadership Program; and served as a consultant on women's healthcare in Latin America, the Caribbean and Africa. She continues to gather, document, and speak on Black women's health experiences, including the racial health disparities laid bare by COVID-19.

Byllye Yvonne Avery will also be presented with a Doctor of Public Health degree. 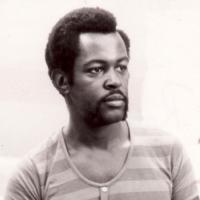 Dana C. Chandler will be awarded a Doctor of Fine Arts degree. Chandler is a globally renowned activist, educator, and visual artist who has transformed the world through his art. Chandler's work, which has been exhibited in over 1,000 exhibitions in museums, galleries, community spaces, and government buildings worldwide, showcases his commitment to boldly confront racial inequality and injustice and expand avenues of opportunity – including his paintings and murals depicting the Black Power movement of the 1960s and 1970s. The hallmarks of his creative life are also highlighted through his thirty-four years of transformative service to Simmons University. First appointed in 1970, Chandler taught in the Art and Black Studies Departments, bringing Black Art history into the curriculum. His service as faculty advisor to the Black Student Organization (BSO) also enabled him to mentor a generation of Black students. In addition, Chandler has contributed much to the Boston community as a community organizer in Jamaica Plain, on the Board of METCO, and as the Director of the African American Master Artists In Residence Program. 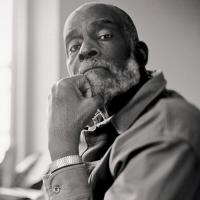 Melvin Herbert King, Sr. will be presented with a Doctor of Public Service degree. He is a community leader, political activist, author, songwriter, youth advocate and retired educator. Early in his career, King fought for affordable housing and services in the South End, was elected to the Massachusetts House of Representatives for the 9th Suffolk district, and later established the Rainbow Coalition Party (now the Green-Rainbow Party). For 25 years, King was an adjunct professor at the Massachusetts Institute of Technology (MIT) and established the Community Fellows Program in MIT's Department of Urban Studies and Planning. Upon retirement, he founded the South End Technology Center, a joint venture between MIT and the Tent City Corporation to improve community and youth access to technology. He currently serves as the director of that organization. Over the course of his career, King has been dedicated to engaging high school students in STEM, provide professional education to citizens returning from incarceration, and recording music with student mentors at Berklee College of Music.