The Keynote speaker award is presented to four graduating seniors with outstanding projects in their discipline. Keynote speakers are selected based on the following criteria: i) project includes a compelling thesis, hypothesis, or idea/message; ii) demonstrates scholarly and imaginative engagement in the subject; iii) topic is of interest to a wider audience; iv) demonstrates a new contribution to a discipline. 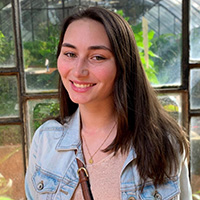 Perfluoroalkyl substances (PFAS) are man-made organic chemicals used in the production of many industrial items including Teflon and Gore-Tex. PFAS are often referred to as ‘forever chemicals’ since they slowly biodegrade, and we do not currently have a way to safely discard or break down these chemicals. Environmental exposure to PFAS is correlated with health complications ranging from cancer to infertility in humans and animals. However, the mechanisms underlying these effects are still unclear. The aim of this research is to determine the effects of PFAS on organismal development and reproduction using the roundworm C. elegans. C. elegans, which are often used for toxicology studies, share many genes and basic biological processes with humans. We exposed C. elegans to a range of PFAS concentrations and examined aspects of developmental and reproductive toxicity. While the highest concentrations of PFAS led to acute toxicity, lower concentrations had more subtle effects. PFAS exposure to worm populations delayed food consumption in a dose-dependent manner, indicating a decrease in population growth with increasing PFAS exposure. This was, in part, due to a lengthening of larval development as PFAS-exposed worms took longer to reach sexual maturity. In the future, we plan to take advantage of the short generation time of C. elegans to examine transgenerational effects of PFAS exposure. We will also exploit their ease of genetic manipulation to identify genes important for PFAS susceptibility or resistance. This will provide insight into cellular pathways that are affected by PFAS exposure and will help to elucidate the mechanism underlying PFAS related health effects. 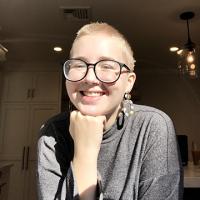 The Trauma of Irish Womanhood: An Examination of the Masculine Nation State in Literature and History

Irish women authors fictionalize real experiences of women’s trauma as a means to both expose, and subvert, the misogynist narrative that women are always already transgressive in a masculine nation state by virtue of their feminine otherness. This narrative rings true in oppressive policies put forth by the masculine nation state as a direct attack on the perceived feminization of colonization by the English. In a very literal sense, the narrative is entombed in an Irish literary canon that favors male voices. Meanwhile, women authors are mocked for the so-called “filth” they produce and shamed as means to shut down their uncomfortably honest voices. Edna O’Brien, Anna Burns and Eimar McBride expose the dark underbelly of a repressive postcolonial state and its efforts to control its female citizens. Milkman (2018) by Anna Burns and A Girl is a Half Formed Thing (2016) by Eimar McBride leave their characters nameless to denote their total lack of power and identity. Edna O’Brien’s The Country Girls (1960) characters are named but still painfully seeking out identity in a landscape that seeks to define them by gender. These characters’ stories show the shame and silence that allow masculine nation states to thrive, and the ways in which women concede their own agency and identity to survive insurmountable trauma. These novels serve as a call to action against the pervasive insidiousness of the masculine nation state and its real life consequences. This keynote will demonstrate how literary study can open up new ways of considering gendered trauma in seemingly regional histories. 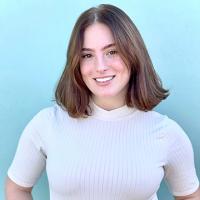 The overuse of fossil fuels has resulted in excessive CO2 emissions, reaching a historic level of 412 ppm in September of 2019 [1]. Approximately 40% of CO2 is absorbed by the natural carbon exchange; the remaining amount is the primary cause of global warming [2]. Although technologies have been developed for the decrease in levels of atmospheric CO2, the material activity is oftentimes limited to adsorption and capture. Alternatively, metal-organic frameworks (MOFs), have emerged as a solution to this limitation, providing means for catalysis driven molecule conversion into advantageous products. Among these materials, the MILs (Materials of Institute Lavoisier) have attracted considerable attention; MIL-101(Cr) presents a large surface area, well ordered porosity, tunability, and enhanced chemical/thermal stability, qualities favorable of stable reaction kinetics, material efficacy, and system reusability [3].

The objective of this work is to engineer a bi-functional heterostructure that is capable of
both efficient visible light photocatalysis and selective CO2 adsorption/reduction, of which is superior to current monofunctional systems. Synthesis and characterization results of four MIL-101(Cr) variations will be presented to best explore the function of the MOF and its affinity towards CO2 adsorption. This project has the potential to provide an improved method of carbon capture through a compliment system that has yet to be explored. Despite the reality in the persistent rise of greenhouse gases, it is critical to develop innovative negative-emissions technologies (NETs) concurrently with clean alternative energy sources, in an effort to slow the rise of global temperatures and other harmful effects. 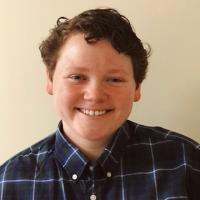 Tracks to Gentrification: An Analysis of Modes of Public Transit and Socioeconomic Change in the City of Boston

Transit-oriented development, an increasingly popular urban planning and development strategy, has been linked to gentrification and the displacement of low-income residents. However, existing literature suggests that the mode of transit chosen for investment may impact the degree of gentrification caused by such investments due to consumer preferences. This thesis investigates the relationship between changes in ridership of the three primary modes of public transit service used by residents of Boston census tracts (bus, light rail/subway (T), or commuter rail) and indicators of gentrification and economic mobility in those tracts between 2010 and 2018. A calculated measurement of the use of each mode of transit is used as an independent variable in the regression of (A) a gentrification index against transit ridership by mode and existing neighborhood conditions and (B) change in median household income against transit ridership by mode and demographic and economic indicators associated with income growth. This thesis will identify which mode of transit’s ridership has the strongest correlation with indicators of gentrification (as estimated by a gentrification index), as well as which mode of transit’s ridership is most strongly correlated with economic mobility (as measured by growth in median household income). The results of this thesis will provide a foundation for future cost-benefit analyses in the field.