The 3D Award acknowledges exemplary student work in Design Across Diverse Disciplines (3D), which enables students to create, design and propose a cluster of three courses that may assist them in better understanding and addressing an issue from various disciplinary perspectives. Recipients of the 3D Award receive a $250 prize and present their 3D narratives in a video presentation for the Undergraduate Symposium. 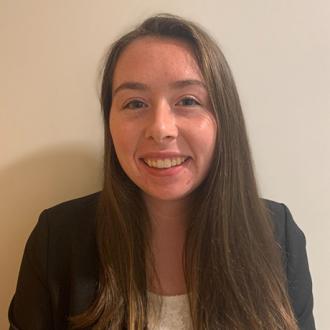 In a world where scientists have developed immunizations and anesthesia, it is difficult to understand why two billion people around the globe do not have access to basic medical care (WHO, 2017). The most popular way of addressing these Access to Medicine (AtM) barriers is through donation programs, where pharmaceutical companies give money, medical equipment, and/or medicine to low- and middle-income communities (LMICs). These programs act as band-aids that quickly re-expose AtM problems once funding is removed. Other common AtM problems include physician-patient language differences and preventable surgical site infections, which can also decrease quality of care. Important factors in starting to tackle the many AtM barriers experienced by LMICs include understanding LMICs’ experiences of healthcare from a socioeconomic perspective, finding sustainable solutions, and addressing language barriers. By attacking the problem of AtM barriers from multiple interdisciplinary perspectives, access to quality healthcare can be improved around the globe.

Brianna is a senior at Simmons University majoring in neurobiology and music performance with minors in chemistry and health humanities. She will be attending medical school in the fall of 2022. During her years at Simmons, she worked at the Dimock Center as a patient advocate, where she provided medical and social resources for low-income and underserved communities in the Boston area. This experience, combined with her experiences in rural healthcare and background working in Boston hospitals, has solidified her decision to pursue a dual medical and public health degree. Her goal is to become an emergency room physician who performs clinical research to address the social determinants of health in her community. 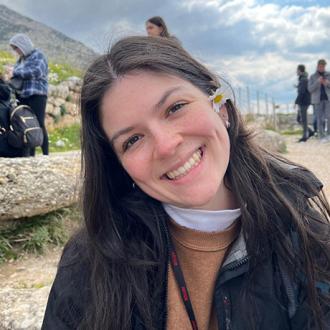 Major: Political Science, Spanish
3D: Intersections of Immigration: An Analysis of Migration Through the Lens of Politics and Culture

My 3D project consists of a HUM 370 internship for my Migration Studies minor, POLS 215: The Politics of Exclusion, and SPAN 265: 20th- Century Hispanic Short Story. I believe that the intersection of these three fields provides an interesting perspective on the issue of migration throughout the world. Over the summer of 2021, I completed a 12-week internship at the International Institute of New England (IINE), a refugee resettlement agency in Manchester, NH, where I served as an Employment Services Intern. I developed a greater understanding of the U.S. refugee resettlement program and the legal statuses of different immigrants as they arrive in the U.S. During my junior or senior year, I will take The Politics of Exclusion, which evaluates the incorporation of ethnic and racial minorities in American politics after the civil rights era and considers the relationships between racial minority groups, political participation, and policy issues. This course will establish a basis for discussing racism that I can use in the future to identify and work against nativist sentiment in the U.S. Finally, I will enroll in 20th-Century Hispanic Short Story, which utilizes Spanish American 20th-century fiction to explore social and political issues in Latin America. Immigration from Latin America continues to be an important political issue in the U.S., and I believe that this course will shed light on the reasons people continue to migrate from the region and the cultures they bring with them. 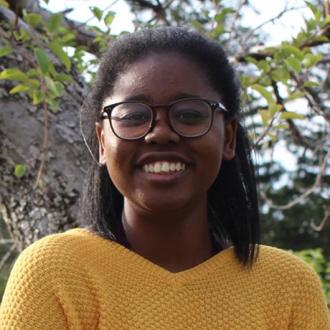 I was initially inspired to develop my 3D narrative through one of the courses in my cluster (Social Action Leaders), in which our class developed a social action campaign supporting the UN’s HeForShe movement. Each week, the TA for our class would present us with a new social media platform or digital content creation site to test drive while we continued formulating and implementing our campaign. The goal of these exercises was to develop a digital “tool kit” that would allow us to gain more supporters and create meaningful content. This tool kit inspired me to consider how I could create my own tool kit that would lay the foundations for any future social activism I wished to engage in. My 3D project, “A Holistic Approach to Social Action,” allowed me to explore the idea of social activism by developing culturally competent communication skills, gaining historical context on social activism, and developing the technological skills necessary to be an effective social change agent.