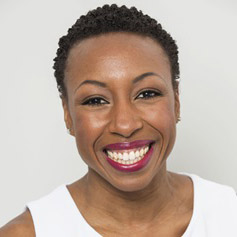 Tiffany Dufu's life work has been to advance women and girls. She is Founder and CEO of The Cru, a peer coaching platform for women looking to accelerate their professional and personal growth. She was a launch team member to Lean In and was Chief Leadership Officer at Levo, one of the fastest growing millennial professional networks. Prior to that, Dufu served as President of The White House Project, as a Major Gifts Officer at Simmons University, and as Associate Director of Development at Seattle Girls' School.

A self-described catalyst-at-large in the world of women's leadership, Dufu recently published Drop the Ball, a memoir and manifesto that shows women how to cultivate the single skill they really need in order to thrive: the ability to let go. According to foreword contributor Gloria Steinem, Drop the Ball is "important, path-breaking, intimate and brave."

Named to Fast Company's League of Extraordinary Women, she was also named as one of 19 "women who are leading the way" in the Huffington Postamongst luminaries such as Hillary Clinton and Diane Sawyer. She serves on the Board of Trustees of Simmons University and of Girls Who Code, is a member of Women's Forum New York, Delta Sigma Theta, Sorority, Inc., and is a Lifetime Girl Scouts.

"I relentlessly pursue one goal," she says. "A world in which women's gifts and voices are fully harnessed for the benefit of all of us." 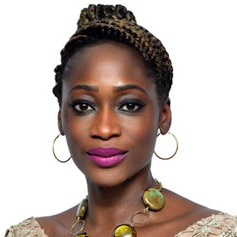 Hafsat Abiola-Costello is one of the world's leading pro-democracy advocates, who is fostering women's leadership in her native Nigeria and throughout Africa. Her unparalleled determination is borne from personal tragedy. After 10 years of military rule, in 1993 her father Moshood Abiola won a landslide victory, setting in motion a pro-democracy movement that the military had never anticipated. The election was quickly annulled, Moshood was imprisoned, and he subsequently died the day before he was to be released. Abiola-Costello's mother, Kudirat, had boldly campaigned for her husband's release, rallying support across the United States. Three years later, Kudirat was assassinated for her efforts.

Her life's work is Abiola-Costello's tribute to her mother. She founded the Kudirat Initiative for Democracy (KIND) with the vision of an Africa where women are full participants in the continent's development. Based in Lagos, KIND advances women's leadership by removing barriers to women's political and economic participation and working to eliminate violence against women.

Currently, she is President/CEO of Women in Africa, an organization that identifies, connects and empowers leading and high potential women across Africa to drive the sustainable development of the continent. Abiola-Costello says that women are too often seen as the victims of crisis, "but in the midst of problems, women see solutions." She is motivated by women's strength and believes that the challenges facing her continent offer opportunities for women's leadership to emerge.

Speaker & Honorary Degree, Graduate Ceremony for the Gwen Ifill College of Media, Arts, and Humanities, the College of Organizational, Computational, and Information Sciences and the College of Social Sciences, Policy, and Practice 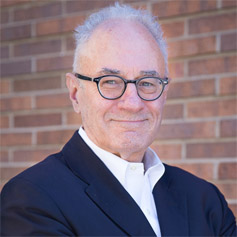 William M. Bellamy is the Warburg Professor of International Relations at Simmons and a senior adviser to the Africa Program at the Center for Strategic & International Studies. Ambassador Bellamy is a leading authority on African affairs, following a distinguished 30-year career as a diplomat.

His last overseas posting was as U.S. ambassador to Kenya (2003–2006), where he directed U.S. security programs in the Horn of Africa, supervised the U.S. government's largest foreign HIV/AIDS program, and led multinational efforts to combat corruption and promote good governance. He has served as principal deputy assistant secretary of state for African affairs (2001–2003) and as deputy assistant secretary of state for African affairs (2000–2001). His earlier diplomatic assignments include deputy chief of mission in Canberra (1997–2000), political minister-counselor in Paris (1993–1997), and political counselor in Pretoria and Cape Town (1991–1993). In South Africa, he was closely engaged in U.S. diplomatic efforts to promote a peaceful transition from apartheid to democratic rule. He has also served as senior vice president of the National Defense University in Washington, D.C.

Ambassador Bellamy holds a B.A. in history from Occidental College and an M.A. in international relations from the Fletcher School of Law and Diplomacy at Tufts University. He holds certificates from the Institute Universitaire de Hautes Etudes Internationales in Geneva and the Ecole Nationale d'Administration in Paris. He is the recipient of a Presidential Meritorious Service Award, the Chairman of Joint Chiefs of Staff Distinguished Civilian Service Award, and a Distinguished Honor Award and two Superior Honor Awards conferred by the U.S. secretary of state. 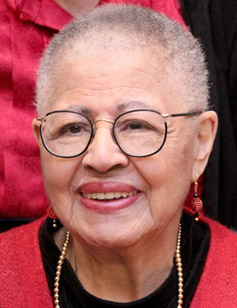 Sarah-Ann Shaw is an award-winning journalist and community activist in Boston. She was the first Black female reporter at WBZ-TV, serving 31 years as a general assignment reporter. Shaw covered a wide range of news stories and developed special reports that illustrated progressive contributions made by Black, Asian, and Latino residents of Massachusetts, providing positive images of urban life, and shining a light on those often marginalized. In covering the racial violence that marred the desegregation of the Boston Public Schools, her presence helped ensure the truth was documented. In the early 1970's Shaw taught at Simmons College, and proudly counts Gwen Ifill among her former students. For her work she has earned many accolades, including induction into the Massachusetts Broadcasters Hall of Fame, the New England Society of Newspaper Editors Yankee Quill Award, and a Lifetime Achievement Award from the National Association of Black Journalists. Shaw is a lifelong resident of Roxbury, MA, who continues to be a prominent voice in the Boston community dedicated to the fight for human and civil rights.

Graduate Ceremony for the College of Natural, Behavioral, and Health Sciences 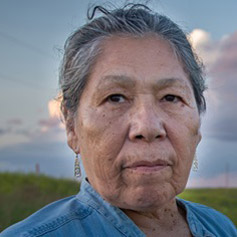 Madonna Thunder Hawk, an Oohenumpa Lakota, is a veteran of every modern Native occupation from Alcatraz to Wounded Knee in 1973 and more recently the NODAPL protest at Standing Rock. Born and raised across the Oceti Sakowin homelands, she first became active in the late 1960s as a member and leader in the American Indian Movement and co-founded Women of All Red Nations and the Black Hills Alliance. In 1974, she established the We Will Remember survival group as an act of cultural reclamation for young Native people pushed out of the public schools. An eloquent voice for Native resistance and sovereignty, Thunder Hawk has spoken throughout the United States, Central America, Europe, and the Middle East and served as a delegate to the United Nations in Geneva. In the last three decades at home on the Cheyenne River, Thunder Hawk has been the tribal liaison for the Lakota People's Law Project, fighting the illegal removal of Native children from tribal nations into the state foster care system. She established the Wasagiya Najin "Grandmothers Group" on Cheyenne River Reservation to assist in rebuilding kinship networks and supporting the Nation in its efforts to stop the removal of children from Native families and to protect the land, water, and natural resources.