Adjunct Faculty in the Role of Section Instructor 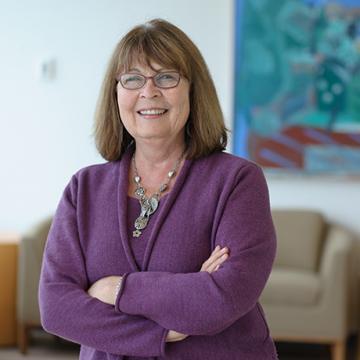 Patricia H. Deyton is a Professor of Practice of Business and a Senior Associate of the Center for Gender in Organizations (CGO), the internationally recognized research Center at Simmons addressing gender, diversity and organizational effectiveness.

She previously was the Associate Dean of the School of Management having leadership and oversight responsibilities for the graduate programs at the SOM, including the MBA, MBA in Health Care, and Masters in Management programs as well as the role of Program Director for the @Simmons MBA and HCMBA degrees.

As Professor of Practice, she teaches courses in leadership, gender, change management, negotiations, and philanthropy at the MBA, MBA in Health Care, Masters in Management, and Undergraduate Programs. She has taught extensively in the School of Library and Information Science in the areas of management and change management, and the Capstone Program in Leadership in the Doctoral Program. She teaches as an adjunct in the areas of Nonprofit Management and Gender and Leadership at the Harvard Extension School.

For 12 years at Simmons, Deyton was the faculty director of CGO where she led numerous research and practice projects, including creating and consulting with the African Universities Gender Resource Network, Oxfam America, and the Japanese Women's Leadership Initiative and many others. Prior to coming to Simmons, she held the position of Executive Director of the Council of Women World Leaders, convening women leaders in government around the world both at the level of President/Prime Minister, and at the ministerial level. She continues her work with the Council as a senior advisor, directing the Council's student Fellowship Program, placing students in Fellowships in the offices of women leaders worldwide. She has traveled extensively to Japan and 35 countries in Africa, Europe, South America, and the Middle East.

She has over 30 years of experience at executive levels in the nonprofit sector, previously with the American Red Cross as CEO of the American Red Cross of Massachusetts Bay where she worked in leadership roles at the local, regional, national, and international levels. She has consulted and spoken widely in the areas on nonprofit management and gender dynamics and leaders.

Her research interests and publications focus upon women and leadership, barriers to the advancement of women, and the roles of women in nonprofit organizations.

She has served on numerous boards of directors and public commissions. She is an active member of The Boston Club and is lead researcher and co-author for the Club's Census of Women on Boards of Nonprofit Organizations, now preparing its fourth biannual report.