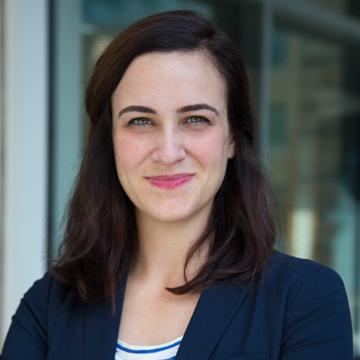 I graduated with an M.A. in Children's Literature from Simmons in 2011, and I returned to teach for that program in 2013. What an honor, and a responsibility!

When not teaching or writing, I toil away the rest of my time as a bookseller at The Children's Book Shop in Brookline, Massachusetts, and I review books for the Horn Book Guide. This fall, I'll begin a PhD in English at Tufts University.

My Folk and Fairy Tales course centers upon a major, ongoing debate: are fairy tales for children? To move toward an answer, my students study the complicated and evolving history of well-known and lesser known stories, as well as their manifestations into material and popular culture. The Fantasy and Science Fiction for Children and Young Adults course strikes a different pose: when does genre begin? We critically engage with texts already prescribed for young people, from E. Nesbit's Five Children and It (1901) to Andrew Smith's Grasshopper Jungle (2014). It's a wild ride, and not just for the students! In their final papers, they argue for which books should have been on the syllabus. I am always inspired by their ambitious choices—claiming The Butter Battle Book (1984) by Dr. Seuss as sci-fi, or the metafictive We Are in a Book! (2010) by Mo Willems as the ultimate fantasy text—and I leave each semester energized to revise the syllabus.

Though my teaching is on the fantasy side of things, my research concerns the intersections of literacy, childhood, and sentimentality in the nineteenth century. While a Simmons student, I had the privilege of working with Beverly Lyon Clark on a Master's thesis exploring how Louisa May Alcott's Little Women (1868-9) resists, subverts, panders to, and even exploits sentimental conventions to assert its aims as a kunstlerroman (i.e., the coming-of-age story of an artist). Little Women is about breaking the mold and becoming a writer, but it is also about becoming a wife and a mother. For Jo, these two routes to growing up are not companionable, and generations of readers, illustrators, and fans have taken issue with Alcott's intentionally dissatisfying resolution. My first publication, "'Jo March is Pregnant and Laurie's the Father: Re-visioning Little Women in Fan Fiction" (Critical Insights: Little Women, 2015), shows just how dissatisfied some fans can be.