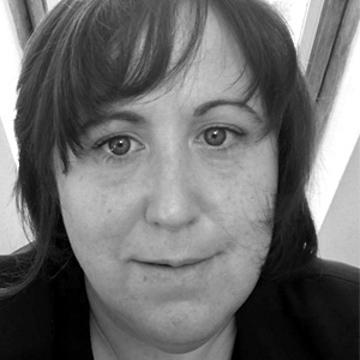 I am a teacher-scholar who specializes in the Atlantic World with particular interests in the study of slavery, memory studies, and the digital humanities. I am on the editorial board for The Programming Historian, a I have been teaching at the university level since 2005, and enjoy working with students in the smaller classroom settings Simmons offers. Outside of my teaching and research activities, I am also working on my black belt in Taekwondo. She/Her/Hers.

I have given public talks at the Boston Athenaeum, Portsmouth Athenaeum, Old South Presbyterian Church, and Civil War Roundtable of Lynn, MA. I have been a guest on a number of history podcasts, including Ben Franklin's World, and have contributed to several web publications, including Black Perspectives, The Junto, and We're History. From 2018-2019, I was a scholar-consultant on the NEH-funded project "Go Local:  Building Capacity for Public History in York County, Maine,&quot; which was intended to improve the digital presence of small history museums and libraries. I have also worked with community partners as part of my classes, including the Gilder-Lehrman Center for the Study of Slavery, Resistance, and Abolition at Yale University, and am the 2019-2020 Faculty Fellow in Community Engagement.

My first book, Inventing George Whitefield: Race, Revivalism, and the Making of a Religious Icon was published by the University Press of Mississippi (cloth 2015; pbk 2016). I explore Whitefield’s development as a symbol shaped in the complexities of revivalism, the contest over religious toleration, and the conflicting roles of Christianity for enslaved people. Evangelical Christianity’s emphasis on "freedom in the eyes of God," combined with the problems that the rhetoric of the Revolution posed for slavery, also suggested a path to political freedom. My analysis of the evolution of Whitefield’s thought on slavery is among the book’s central contributions. Another major contribution is my analysis of Whitefield’s afterlife.

I am currently at work on a book that explores the meanings of "slavery" and "freedom" in the British and Black Atlantic Worlds between 1660 and 1830. In the white Anglo-American context, "slavery" and "freedom" were discussed in political, legal, and religious terms. This dialogue led to metaphysical understandings of chattel slavery in the British Empire, and involving political, legal, and religious structures that legitimized the permanent enslavement of Africans. While only a relatively small minority of Englishmen (later Britons) raised political, legal, or moral problems with slavery, the institution of slavery nonetheless needed to be defined, and particularly how it contrasted with what it meant to be English in the early years of Britain’s direct involvement with the slave trade. For thinkers and writers of the Black Atlantic, "slavery" and "freedom" were discussed primarily on religious and political terms, engaging with the Anglo-American interpretations of law and religious designed to disenfranchise them. What began as a means to describe and legitimize chattel slavery was reinterpreted by writers of the Black Atlantic who, from the 1760s onward, used the political and religious language in their own terms to describe a post-slavery Black Atlantic.

The Select Papers of James Ramsay (Under Review)

Invited Essay, "Slavery, Race, and the Contours of Belonging in the Atlantic World," Reviews in American History (forthcoming).