Associate Provost and Dean of the Undergraduate Program 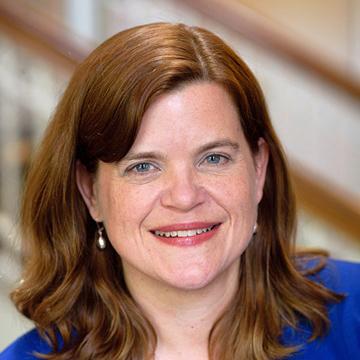 Catherine Paden (PhD, Northwestern University) is Associate Professor and Chair of Political Science & International Relations, and Dean of the Undergraduate Program, at Simmons University. Her research and teaching interests focus on racial politics, social movements, interest groups, and how underrepresented groups gain political representation. She is the author of Civil Rights Advocacy on Behalf of the Poor (2011, pb 2013), which assesses whether, and how, low-income African Americans gain representation in anti-poverty legislative battles. Her current research examines the impact of local civil rights and economic justice organizing on national policy and interest group priorities. She has published her research in the DuBois Review and has contributed research on the Nation of Islam to a volume on religion and American politics (University of Virginia, 2012). Paden has served as the Faculty Assistant to the Dean on Diversity Initiatives, on the Dean's Diversity Task Force, and on the President's Diversity and Inclusion Advisory Council (PDIAC). As Dean of the Undergraduate Program, Paden is responsible for the implementation of the new Simmons Core Curriculum.