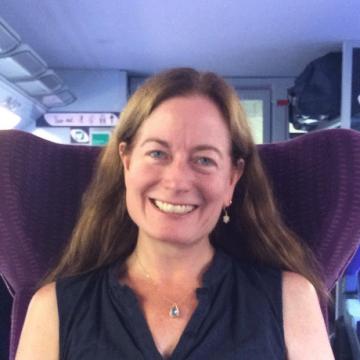 Caroline J. White is Archives and Manuscript Librarian in Special Collection and University Archives, UMass Amherst Libraries, where she has worked since June 2012, initially as Kenneth R. Feinberg Archivist. She has held several short-term positions at Mount Holyoke College, including Project Curator of the exhibition The Uncommon Life of Wendy Wasserstein (on display from October 2011-April 2012), and worked as a metadata specialist on UMass’s Du Bois Digitization project, the foundation of SCUA’s digital repository, Credo.

A graduate of Princeton University, where she majored in English, White spent nineteen years as an editor at Penguin Books, working on fiction and nonfiction titles published by the Viking and Penguin imprints, as well as the Penguin Classics series, before leaving New York City for western Mass. She received her master’s degree from Simmons Graduate School of Library and Information Science, concentrating in Archives Management, in January 2010. She is an active member of New England Archivists, serving on the Communications Committee.

Caroline White grew up in Louisville, Kentucky, and now lives in Easthampton with her family.