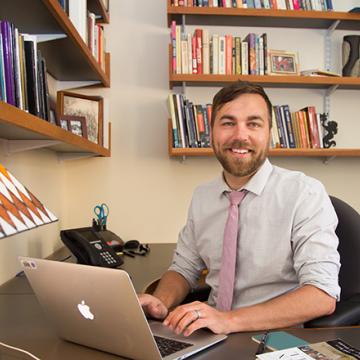 I am a Professor of English and the Dean of the Gwen Ifill College of Media, Arts, and Humanities at Simmons University. I have taught American and African American literature at Rutgers University, Fordham University, Idaho State University, and Loyola University in Baltimore, where I was the founding director of the program in African and African American Studies and also served as Associate Vice President for Faculty Affairs and Diversity. I am the author of Dead Women Talking: Figures of Injustice in American Literature (Johns Hopkins 2013), Neo-Segregation Narratives: Jim Crow in Post-Civil Rights American Literature (Georgia 2010), and The American Protest Essay and National Belonging (SUNY 2007). With Piper Kendrix Williams, I also co-edited Representing Segregation: Toward an Aesthetics of Living Jim Crow (SUNY 2010). I have held residential fellowships at the Center for the Humanities at the University of Maryland-Baltimore Count, the Center for the Humanities at Wesleyan University, and the Center for Cultural Analysis at Rutgers University.

I am a first-generation college graduate from a small town in Oregon whose world opened thanks to an undergraduate education steeped in the liberal arts. In addition to my academic life, I enjoy reading, biking, community gardening, traveling, and dinner with friends. I live with my husband in Jamaica Plain, a wonderfully diverse community in Boston.

I have taught a range of courses at the graduate and undergraduate level at several universities and I hope to teach at Simmons when time allows. My courses have included:

My scholarship concerns the relationship between literature and social change. I ask questions about identity, justice, and national belonging and I am especially interested in writers associated with American social movements of the twentieth and twenty-first centuries.

Representing Segregation: Toward an Aesthetics of Living Jim Crow, and Other Forms of Racial Division, edited with Piper Kendrix Williams (SUNY Press, 2010)

“The Posthumous Autobiography and Civil Rights Memory,” African American Review 53, no.1 (2020): in press.

"Writing Race and Remembrance in the Civil Rights Movement Years," A History of African American Autobiography, ed. Joycelyn Moody (Cambridge UP), in press.

"What Are these Bodies Doing in the River? Freedom Summer and the Cultural Imagination," Southern Quarterly, introduction to special issue on Freedom Summer, 52, no. 1 (2014): 174-78.

"Death and Futurity in Randall Kenan's Reinvention of the Passing Narrative," LIT: Literature Interpretation Theory 23, no. 1 (2012): 52-69.

"Baldwin's Unifying Polemic: Racial Segregation, Moral Integration, and the Polarizing Figure of Emmett Till," in Emmett Till in Literary Memory and Imagination, eds. Harriet Pollack and Christopher Metress (Louisiana State UP, 2008), 75-97.