The Ifill Forum carries on Gwen Ifill’s legacy as a ground-breaking Black woman journalist by bringing together important national voices for a public conversation on a key question of the day. In addition, the Gwen Ifill Next Generation Award is presented at the event. 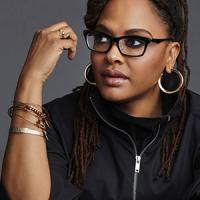 Winner of BAFTA, Peabody and Emmy Awards, Academy Award nominee Ava DuVernay’s directorial work includes the Oscar-winning civil rights drama SELMA, the Oscar-nominated social justice documentary 13TH and the Disney children’s adventure A WRINKLE IN TIME, which made her the highest-grossing Black woman director in American box office history. In 2019, she created, wrote, produced and directed the Emmy Award-winning limited series WHEN THEY SEE US. She is currently producing the fifth season of her acclaimed series, QUEEN SUGAR. Winner of the 2012 Sundance Best Director Prize for her second independent film MIDDLE OF NOWHERE, DuVernay amplifies the work of Black artists, people of color and women of all kinds through ARRAY, her multi-platform arts and social impact collective dedicated to narrative change.

Sherrilyn Ifill  is the President and Director-Counsel of the NAACP Legal Defense and Educational Fund, Inc. (LDF), the nation’s premier civil rights law organization fighting for racial justice and equality. LDF was founded in 1940 by legendary civil rights lawyer (and later Supreme Court justice) Thurgood Marshall, and became a separate organization from the NAACP in 1957. The lawyers at the Legal Defense Fund developed and executed the legal strategy that led to the Supreme Court’s decision in Brown v. Board of Education, widely regarded as the most transformative and monumental legal decision of the 20th century. Ifill is the second woman to lead the organization.

Ifill began her career as a Fellow at the American Civil Liberties Union, before joining the staff of the LDF as an Assistant Counsel in 1988, where she litigated voting rights cases for five years.

In 1993 Ifill left LDF to join the faculty at University of Maryland School of Law in Baltimore. Over twenty years, Ifill taught civil procedure and constitutional law to thousands of law students, and pioneered a series of law clinics, including one of the earliest law clinics in the country focused on challenging legal barriers to the reentry of ex-offenders. Ifill is also a prolific scholar who has published academic articles in leading law journals, and op-eds and commentaries in leading newspapers. Her 2007 book “On the Courthouse Lawn: Confronting the Legacy of Lynching in the 21st Century,” was highly acclaimed, and is credited with laying the foundation for contemporary conversations about lynching and reconciliation. A 10th anniversary edition of the book was recently released with a Foreword by Bryan Stevenson, the acclaimed lawyer and founder of the national lynching memorial in Montgomery, AL.

In 2013, Ifill was invited back to the Legal Defense Fund – this time to lead the organization as its 7th Director-Counsel. In that role, Ifill has increased the visibility and engagement of the organization in cutting edge and urgent civil rights issues, while maintaining the organization’s decades-long leadership fighting voter suppression, inequity in education, and racial discrimination in application of the death penalty. At critical moments during national unrest following the killing of unarmed African Americans by law enforcement officers, Ifill’s voice and vision framed the issue of policing reform and urban deprivation with powerful clarity in media appearances and public discussions. Her forceful and fact-based analysis of complex issues of racial justice has made her a sought-after speaker and strategist whose counsel is sought by government officials, civic and community leaders, and national civil rights colleagues.

Ifill graduated from Vassar College in 1984 with a B.A. in English, and earned her J.D. from New York University School of Law in 1987. She has received honorary doctorates from New York University, Bard College, Fordham Law School and CUNY Law School. She serves on the board of the National Women’s Law Center, the National Constitution Center and on the Advisory board for the Profiles in Courage Award. She is a past chair of U.S. board of the Open Society Foundations, one of the largest philanthropic supporters of civil rights and liberties in the country.

She serves on the board of the Learning Policy Institute and on the Advisory Board for the Profiles in Courage Award. She is a past chair of the U.S. board of the Open Society Foundations, one of the largest philanthropic supporters of civil rights and liberties in the country. 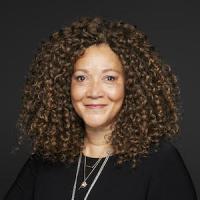 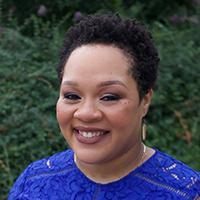 Yamiche Alcindor is the White House correspondent for PBS NewsHour and a political contributor for NBC News and MSNBC, often appearing on shows, including Morning Joe, Andrea Mitchell Reports, Hardball, and Meet the Press. Previously, she was a national reporter for The New York Times, covering politics and social issues, and USA Today. Alcindor has reported extensively on the intersection of race and politics. She was named “Emerging Journalist of the Year” in 2013 by the National Association of Black Journalists. Alcindor earned a master's degree in broadcast news and documentary filmmaking from New York University and her bachelor's degree from Georgetown University. 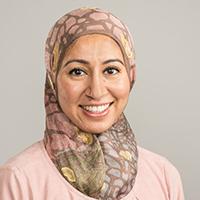 Asma Khalid is a national political correspondent for National Public Radio (NPR) and co-host of the NPR Politics Podcast. She is a lead campaign reporter at NPR and reported on the intersection of demographics and politics during the 2016 and 2018 elections. She was awarded the Missouri Honor Medal for Distinguished Service in journalism. Khalid previously worked for Boston's NPR station WBUR where she led a biz/tech team and reported on a range of stories, including the Boston Marathon bombings and the trial of James "Whitey" Bulger. She began her journalism career in her home state of Indiana. 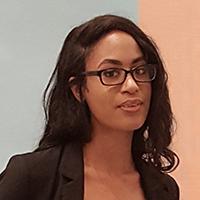 Maya Valentine ꞌ19 is Press Assistant for the U.S. House of Representatives. She graduated from Simmons University in May 2019 with a degree in journalism and a joint degree in public relations and marketing communications. After graduation, Valentine moved to Washington, DC, to pursue a career in political communications. She is interested in the intersection of race and policy, especially within the issue areas of human and civil rights, technology, and the environment. 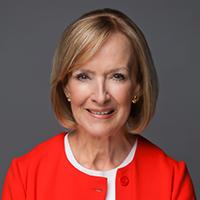 Broadcast journalist Judy Woodruff is the anchor and managing editor of the PBS NewsHour. She has covered politics and other news for more than four decades at NBC, CNN and PBS. Woodruff joined PBS as chief Washington correspondent for the MacNeil/Lehrer NewsHour and anchored PBS’s Frontline with Judy Woodruff. She served for 12 years at CNN before returning to NewsHour. In 2013, she and the late Gwen Ifill were named the first two women to co-anchor a national news broadcast. Woodruff is the recipient of numerous awards, including the Gwen Ifill Press Freedom Award and the Cronkite Award for Excellence in Journalism. 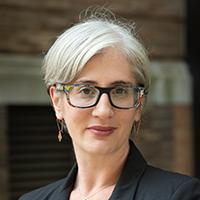 Rachel Gans-Boriskin is Assistant Professor of Practice in the Department of Communications in The Gwen Ifill College of Media, Arts, and Humanities at Simmons University where she teaches courses in communication theory, media culture, journalism, the sociology of news, public speaking, storytelling, and health communication. Her research has focused on the changing conceptions of objectivity and authority in journalism, journalistic framing and presentation of political information, and political messages in primetime fiction. She has a bachelor’s degree from Brandeis University, a master’s degree in media ecology from New York University and a master’s degree in communications from the Annenberg School of Communications at the University of Pennsylvania.